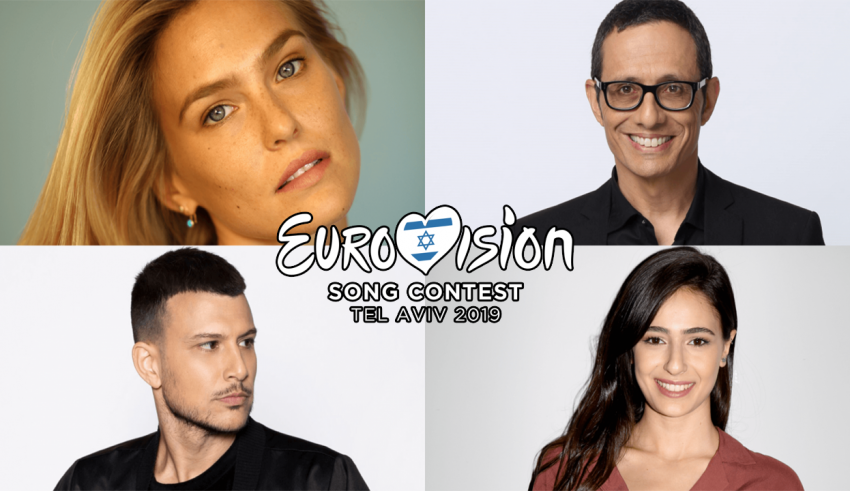 Rumors have been going crazy from the very point when Israel won the contest last year, and those rumors have now finally been put to rest. The EBU and KAN have finally announced who will guide Europe & Australia through the 3 live shows in May.

In Lisbon, we had 4 females to guide us all through 3 fantastic shows, and some may argue, that it maybe was a bit too much for some, but it would seem that KAN, this year’s host broadcaster, liked the idea and are going to follow up on it. Television host, supermodel, actress and businesswoman. Some titles this lovely lady already has. Bar is without doubt one of the biggest names to come out of Israel, and solely by including her, we can see that KAN wants to go big.

Refaeli was born and raised in Israel, in the city of Hod HaSharon, to Israeli parents. Already at the early age of 8 years old, she got into modelling.

She eventually appeared on multiple magazine covers, including the Sports Illustrated Magazine, has won multiple model awards and multiple times named as one of the sexiest women.

Refaeli has also taking part in multiple commercials and even hosted multiple shows, one of them being The X Factor Israel. This is one very experienced man, Erez has more than 25 years of broadcasting experience, weather it is producing, developing or hosting shows. Erez was born in Israel, but has Algerian roots from his mother’s side.

Among the shows he has hosted are “Ma Yesh?“, “Ha’olam Ha’erev“, “Big Brother” and “Wheel of Fortune“. Later on he would also produce shows such as “The Vault“, which became a very popular show across other countries as well and “The Brain“.

Erez was also the Israeli commentator during Eurovision 2018. Another professional and experienced host. Assi was born in Holon, Israel. Despite being a little younger than Erez, he is still one of the most well known and one of the best television hosts and screenwriters.

Assi is credited for hosting shows in Israel, such as “Rising Star“(Israel’s national selection since 2015), and is also one of the most influential gay people in the world, according to OUT Magazine.

Both Assi and Erez have experience from hosting shows together, as they host the Israeli version of “Big Brother” together. In May they will once again host side by side.

Finally, we have the youngest, yet very promising, upcoming personality. Her fame began from her very succesful YouTube channel. From there she has grown into becoming a well-know TV host.

She was also the spokesperson for Israel during the 2018 contest. This young one sure looks like she has a great future ahead of her, including hosting this years contest with 3 other great names.

There you have it, the fantastic four that will show all of the world, what Israel is made of. The semi-finals of this years contest will be held on the 14th & 16th of May, while the grand final will be on the 18th of May.

What do #YOU think of these 4 hosts, has KAN made the right choice, or do #YOU think that 4 is maybe a bit too much? Share your thoughts with us on our forum HERE or join the discussion below and on social media!