Home 2019 Loving You is a Winning Game – The Netherlands Win Eurovision 2019! 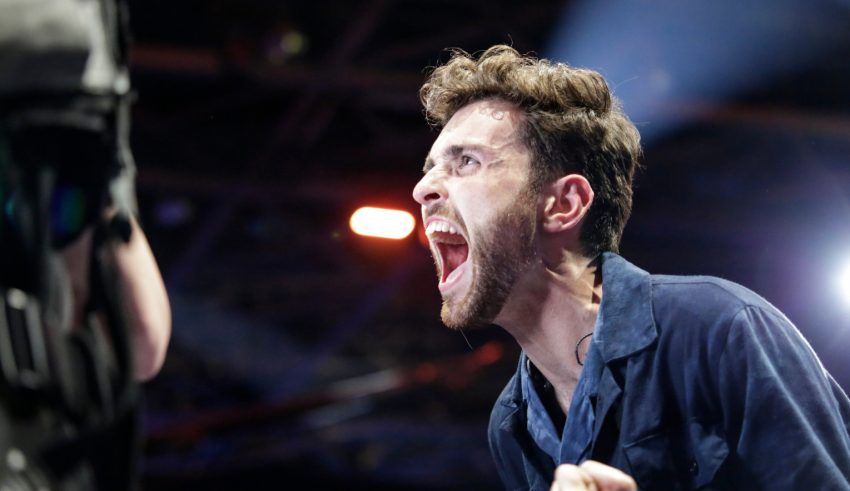 #YOU called it, the bookies called it, Duncan Laurence’s “Arcade” won Eurovision 2019 for The Netherlands!

Though he won neither the jury’s top spot nor the televoters’ top spot, “Arcade” garnered enough points from both to ensure The Netherlands’s first Eurovision win since Teach-In’s win 44 years ago with “Ding A Dong.”

This is the official Eurovision Song Contest scorecard from the 2019 Grand Final:

The first unexpected result of the evening was how well North Macedonia and Tamara Todevska’s “Proud” did with the jury voters. She came in second to John Lundvik’s “Too Late for Love” with the jury voters with 237 points, with Lundvik earning only two points more on 239. Laurence placed third with the juries on 231.

However, one of the biggest jury – televote differentials came from Norway, whose KEiiNO and “Spirit in the Sky” ran away with the televote with 291 votes, but only 47 votes from the jury to end up in 5th overall. Similarly, as with Benjamin Ingrosso’s “Dance You Off” in 2018, Sweden did very well with the jury but did not impress the televoters, as Lundvik landed in 6th overall after earning only 95 points from the televoters.

Mahmood’s “Soldi” came in second overall, and Sergey Lazarev matched his 2016 performance by coming in third again with “Scream” for Russia. Switzerland earned their best result since 1993’s Annie Cotton by coming in fourth.

There were three moments with audible boos during the Grand Final, and the third was the most predicted: Hatari, the representatives for Iceland, as promised, made a political statement on the night by unfurling Palestine banners when the cameras panned through the green room. The European Broadcasting Union (EBU) were quick to respond, stating “The Eurovision Song Contest is a non-political event and this directly contradicts the contest’s rules. The banners were quickly removed and the consequences of this action will be discussed by the reference group (the contest’s executive board) after the contest.” Iceland placed 10th overall. 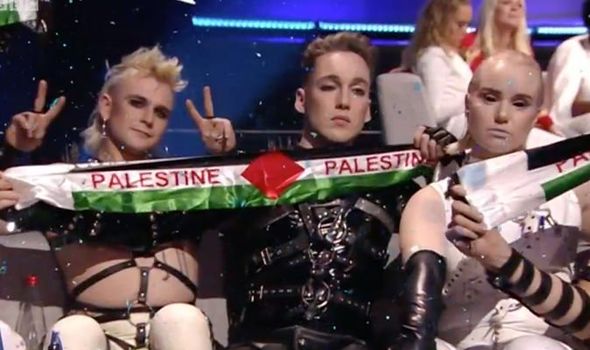 The other two moments of audible booing came when Greece and Cyprus announced their results for their award of 12 points – the booing came as many predicted that they would, as they often do, award each other their 12 points despite neither faring particularly well on the evening overall (Cyprus and Tamta’s “Replay” came in 15th, and Katerine Duska’s “Better Love” for Greece came in 21st).

The United Kingdom and Michael Rice’s “Bigger Than Us” came in last, with Belarus’s ZENA and “Like It” coming in second last. Both are harsh considering both placed middle of the pack when it came to reviewing the songs. Similarly Kobi Marimi for Israel and Miki for Spain will consider their bottom five placement with puzzlement considering both had well-regarded songs. And although Serhat only came in 20th, he is officially the best result for San Marino at Eurovision, beating Valentina Monetta’s 24th place in 2014.

Check out our YouTube post-Grand Final stream to see Matt and team’s reaction to the results. We will be sure to have a lot of post contest content to discuss what happened.

Thanks to YouTube’s Geoblocking, we cannot post a legal copy of Duncan Laurence’s winning performance or his post-victory reprise, so here’s his official music video.

What do #YOU think of Duncan Laurence’s win for The Netherlands? Are #YOU looking forward to a Dutch retreat in 2020? Comment below, on social media, or in our forum.