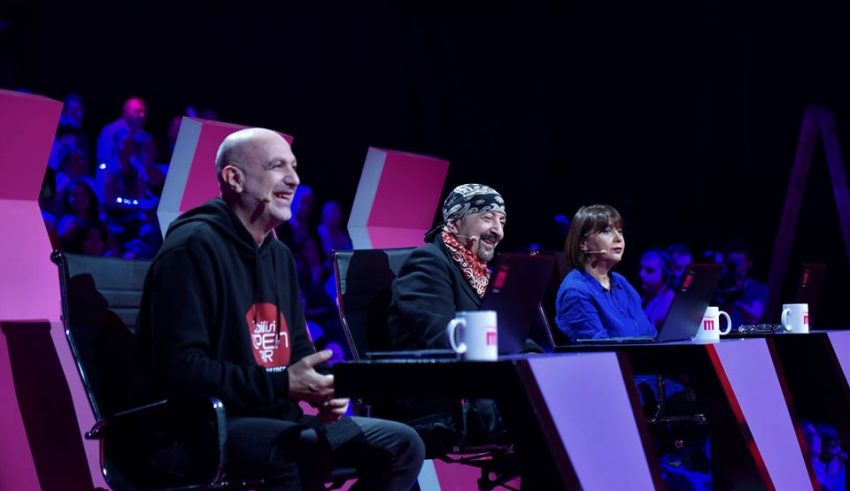 Ana Berishvili, Anastasia Garsevanishvili, and Giorgi Rotiashvili are the three young hopefuls going forward to next Sunday’s Final of Ranina, the TV talent show being used to select Georgia’s representative for Junior Eurovision 2019 in Gliwice, Poland.

There will no doubt be some controversy on social media tonight and throughout the week regarding the elimination of Nika Petriashvili, who had become a fan favorite over the first eight weeks of Ranina. Keta Akhalbedashvili also did not make it through to the Final.

However, Berishvili herself has also garnered a following on social media for repeatedly consistent and high scoring performances, Rotiashvili led a late charge into the Semi-Final with superb performances in the latter rounds, exuding confidence and nailing hard parts in difficult songs for a young performer, and Akhalbedashvili, the youngest contestant at 8 years old, had brought Head Judge David Evgenidze to tears with one of her performances. Expect an interesting Final between three very different yet charismatic and well-rounded young singers.

And these three made it through the Semi-Final which had as its theme one of the toughest in these type of contests – performing the works of a judge, in this case Head Judge David Evgenidze. Given Evgenidze’s profile as one of Georgia’s finest musicians and film score composers (including the award winning score for the excellent Full Metal Jacket-esque war movie 9th Company from 2005), it was only a matter of time before the contestants had to perform one of his songs, and it came in tonight’s Semi-Final. Rounding out the jury this week are Georgian musician and multi-instrumentalist Achiko Guledani and Georgian singer Maya Jabua.

Kicking off the Semi-Final was Nika Petriashvili’s take on Evgenidze’s jazzy ode to Georgia’s capital city, “Tbilisi.” While choosing songs was one of Petriashvili’s strong suits, this slower number, which takes about 2 minutes to get going, may not have suited him as well as the two minute ramp up left him with not much to do but watch keyboardist Beka Gochiashvili. Regardless of tonight, this will probably not be the last we see of Petriashvili. As often happens in Georgia, expect him to hit the adult contest circuit once he hits 16. Akhalbedashvili then launched into the more up-tempo “Our Fairy Tale.”

Rotiashvili was up next with his take on “Romansero,” a slow ballad of the sort that Rotiashvili has shown he is very good at pulling off (his take on “Moon River” last week was a fan favorite). The lad can sing, and he brought a tear to Evgenidze’s eye.

Next up and doing very well with a bossa nova number in “Rains, rain again” was 8-year-old Garsevanishvili. If you want a fun song composed by a Georgian legend and performed by seasoned jazz professionals, give this one a listen. And Garsevanishvili sells it, despite her being this season’s youngest contestant.

The last song, “I’m Sleeping,” is a misnomer as Berishvili is anything but. Berishvili appears to be the most ready for prime time, consistently delivering quality performances with the ability to grace a stage with the confidence of someone much older than her 13 years. Her performance in this up-tempo number – watch Gochiashvili go nuts with a keyboard solo after the second verse – earned the best reaction from the Ranina studio audience.

We shall see if Berishvili can deliver one more flawless performance in the final with Rotiashvili confidently finding himself as a performer at the right time and Garsevanishvili connecting with the audience and social media.

Tune in next week at 8 p.m. Georgian local time for the Final of Ranina on Sunday, May 26, on Georgia’s TV-1. The Final can be viewed on TV-1’s website or on Ranina’s Facebook page.

Georgia remain the winningest country at Junior Eurovision since its debut in 2007, capturing the crown a record three times in 2008, 2011, and 2016. Georgian Idol was a ratings blockbuster for Georgia Public Broadcasting’s TV1 as a selection process for Eurovision 2019, and GPB will be hoping Ranina, the format also used for Georgia’s Junior Eurovision 2018 entry “Your Voice” by Tamar Edilashvili, continues that trend over a similar qualification process.

Who do #YOU think will win Ranina? Let us know in the comments, on social media, or in our forum.