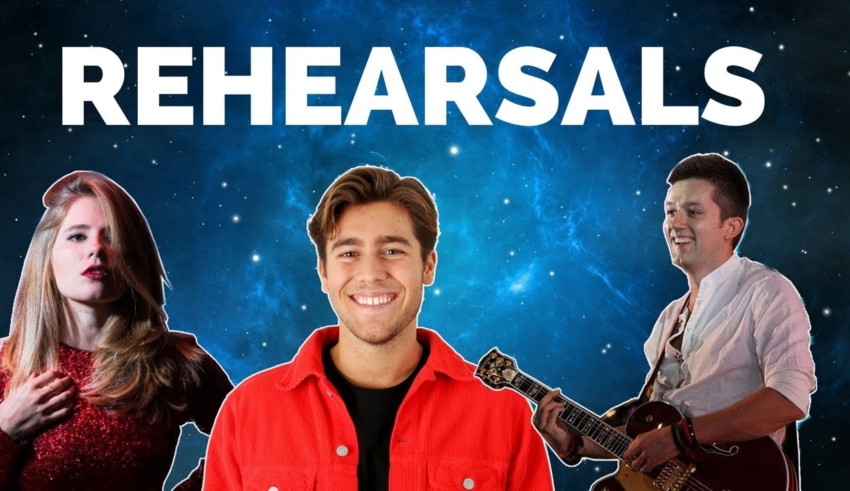 Today’s second round of rehearsals came from Latvia, Sweden and Montenegro. If #YOU haven’t been able to tune in our live stream, you will find here everything you need to know about these countries and their performances! Much the same as Supernova’s winning performance, Laura Rizzotto wears a much shorter and lacier red dress which adds to sultry, sexy feel of the entry. Her vocals in the final run seem a little off compared to her previous performances but we know she is an assured performer so we have no issues with this one. The backdrop is red with a few white highlights to break up the LED wall and she flips her hair around a lot as previously.

SWEDEN – Benjamin Ingrosso – Dance You Off The staging is almost completely the same as it was in Melodifestivalen, so you can guess that he has the light tube settings. Same goes for the outfit, only his jacket is now made of muchshiner material. Of course, his vocals were flawless so don’t worry about that. At one point, there is a wide shot of the stage, showing his prop. Some camera angles need to be perfected, but generally it was a very good rehearsal for Sweden and you can expect another top 10 finish! What do #YOU think of this afternoon’s rehearsals? Share your thoughts on our forum HERE or join the discussion below and on social media!

Beovizija 2020 is just days away, but we continue to bring you interviews with the stars o…