Home 2018 Latvia: Edgars Kreilis “I can’t wait to see how it will work out for me this year” 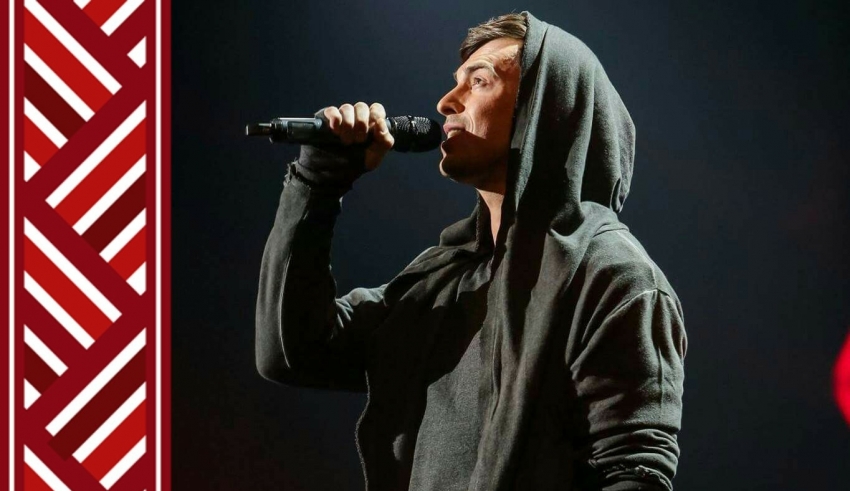 Latvia decide their Eurovision entry for Lisbon through Supernova tonight, and one of the big favourites for the competition is Edgars Kreilis, who previously took part in last year’s competition. So what has changed for the hockey-mad singer in the past year? We spoke to him about his business endeavours, his personal song and how last year helped him as a musician…

Hi Edgars! How are you? What can you tell us about yourself?

My name is Edgars Kreilis, I am 26 years old and I am a musician from Latvia. On a daily basis I have a regular job where I work as a project manager by selling ice-hockey equipments worldwide. I play ice-hockey three times a week and I own my own hockey team as a general manager. Besides hockey, I love music and songwriting and hopefully I’ll be able to switch job and hobby in places, so I could be a full-time musician.

The song that you will be presenting for Supernova is “Younger Days”. What can you tell us about the song?

First of all, this song was written after I presented ‘’We Are Angels’’ in Supernova 2017. I felt that my first performance was alright to introduce myself to big producers and I luckily achieved what I was looking for. Probably some of you don’t know, but the producer of “Younger Days” is Kaspars Ansons who was a producer for Aminata and Justs aswell. That’s why I can’t wait to see how it will work out for me this year.

The main task for every song writer is to be honest and that’s what I did. This song is written based on my childhood memories. I remember how my parents couldn’t get along. That’s true, I was born in a family where abuse wasn’t unknown and reading all the news, I found out that violence in families has grown, that’s why I felt that I have to share my story. Who knows, maybe this awareness will help to realize that scars from children’s hearts cannot be removed. At least I hope that someone will get some benefits out from this, because you live only once and if you get what you give, let’s make sure it’s something positive.

What is your impression of the Eurovision Song Contest in general? Do you watch it every year? What is your favorite entry?

I think that the Eurovision Song Contest is the largest musical project that is available and for some musicians like me it would be a dream come true to represent my country there. I know that the first time I watched Eurovision was 10 years ago. I didn’t watch it every year but my parents did, so I always heard something from Eurovision in the background. My favorite entries are from Sweden – I like Måns Zelmerlöw and Robin Bengsston. They were awesome!

Definitely! I guess it would mean the world to me, but there is only one way to find it out. Will it make a positive impact on my career? We’ll see. If life will take me there, who knows, maybe it will.

Don’t be afraid to make mistakes! That is the best advice I received and I’m willing to give, because only fear from mistakes is taking us back from what we truly want and I hope that I will inspire someone to make action. By the way – life is one, just like you. Don’t waste it, because it might waste you as well!

I have three daughters. Kerya is 4 years old, Elisa 2 years old and Arianna is only 3 months.

My first experience was a long, long time ago. My parents found out that I was into music, that’s why I started with piano at age of 5. Then it all continued with many choirs and I was also playing trumpet in an orchestra. After 10 years I thought to myself how to play a guitar and I got in a band where I was the lead singer. Somehow it went really slow, step by step, but then I found out that I also like to write songs, but only 2 years ago I decided to start my own musical career, because there is one quote in my mind going around, around: ‘’You live, you die, but music stays!’’
We would like to thank Edgars for his time talking to us and wish him the best of luck in Supernova later this evening!

What do #YOU think of “Younger Days”? Share your thoughts with us on our forum HERE or join the discussion below and on social media!