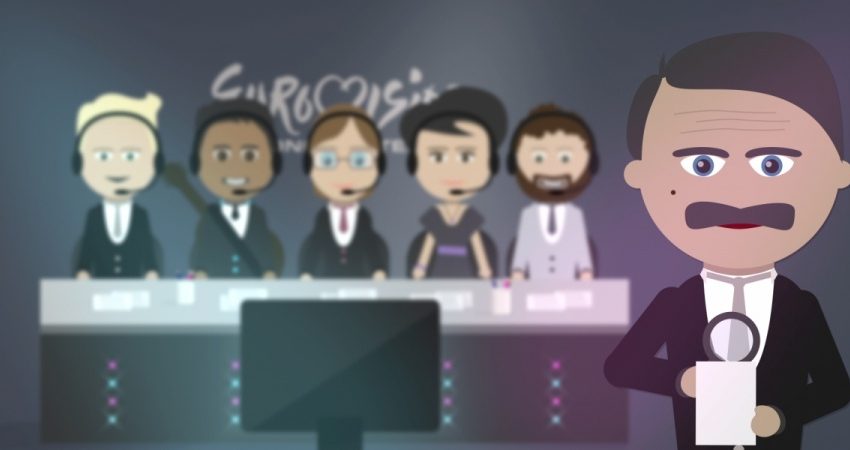 This editorial is based on the opinion of its author and the views expressed do not necessarily represent those of ESC United as a whole, our other editors or the EBU itself.

Like many of you, I was surprised and delighted in equal measure with the results of this year’s Eurovision Song Contest on Saturday – in fact, you can see just how much of an emotional rollercoaster it was here, here and here – but I did not expect my shock to continue quite as much in the recent days as it has.

But why, you ask? Well, a simple glance over fan outlets and newspapers across Europe will uncover a fundamental damaging flaw with the current system, and a potential embarrassment on the EBU’s hands – are the ‘professional’ juries selected to decide half of this prestigious contest’s results actually professional enough for the job?

Take, for example, recent revelations that Sweden’s Lina Hedlund and Czech Republic’s head juror Jitka Zeleková had their rankings recorded backwards (full details are in the linked articles from our colleagues). How on earth does this happen? Is it the fault of the jurors and a potential lack of understanding of the role they are undertaking, or poor auditing on behalf of the EBU?

In either case, this will cause red faces in the EBU headquarters, with these two errors leading to disastrous consequences for this year’s results; Ireland would have avoided last place in Semi-Final 2 if Hedlund’s votes were in the correct order and, much more importantly, the Czech voting error resulted in Poland failing to qualify, when they should have taken Belarus’ spot in the final. Who would blame Poland’s TVP if they were to raise a formal complaint to the EBU based on this?

Now, let’s take a look at the most obvious problem this year. The jury selected to vote on behalf of Belarus were unable to keep their mouths closed for the mere few days required of them and as a result they were sent home before the final. Of course, this is the correct course of action, but as their final jury results seem to have been reversed, how fair does this make the results in the end? It was abundantly clear on Saturday night when only one point from the Belorussian jury went to the left side of the board (Australia) and 12 points went to Israel, having received precisely zero from every other jury, that something was amiss.

All of this is without mentioning the usual farce that is the continual last place ranking of juries from Armenia and Azerbaijan to each other, and also Georgia’s jury to Russia this year. In a music contest, is it really fair that these juries can continue to be allowed and accepted as they are if they cannot judge each entry fairly?

Now, I understand and fully accept why we have these juries, and I am an advocate for keeping them, but the process of auditing and adjudicating their votes is obviously flawed, and has been exposed in embarrassing fashion since the last confetti was swept away from the Expo Tel Aviv stage.

Where should the EBU go from here? Personally, I feel having just five jurors is too low a range to cancel our errors or anomalies. Perhaps an increase to ten jurors who all watch the show separately and without discussion would be a much fairer way of organising this half of the voting, as well as making sure each participant is aware of their role and the due diligence it requires. After all, why should their vote carry so much more weight than the millions watching and voting every year if they can’t even organise a list correctly?

What do #YOU think? How should the jury voting be changed for 2020, or do #YOU feel things are fine as they are? Share your thoughts with us on our forum HERE or join the discussion below and on social media!