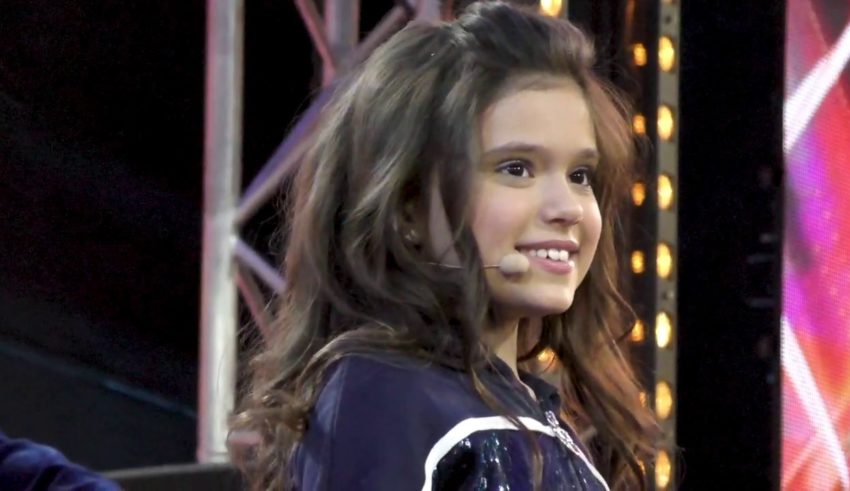 In what was Feskova’s second attempt to qualify from Russia’s national selection, Feskova won the combined jury and televote with “My New Day. (“Мой новый день”) Her entry was written by Russian songwriter Anna Petryasheva.

While many Junior Eurovision fans were surprised – while the online polls were open from September 16, 2020 to September 24, 2020, Rutger Garecht led the vote – it appears the judges ultimately preferred Feskova’s sweet ballad “My New Day” to the slick bombast of Garecht’s “The Road is my Destiny” (“Дорога – моя судьба)”. We shall know more of the judges’ thinking after the national selection is shown tomorrow night on Russian TV.

Many have already expressed surprise online at the choice, but though Feskova is only 11 years old, she has been on Russian television entering contests for at least four years. As with many of her competitors, Feskova has featured on The Voice Kids Russia and several other children’s contests.

Of her victory, Feskova told TASS, “Of course, I will prepare very hard for the final. Before the competition, I trained with a vocal teacher twice a week. Now, I think there will be a lot more classes. But I am ready for this.”

Russia have twice won Junior Eurovision (2006 with the Tomalchevy Twins and 2017 with Polina Bogusevich), though 2019’s entry “A Time for Us,” performed by Tatyana Mezhentseva and Denberel Oorzhak, came in 13th and is to date Russia’s worst performance at the contest.

What do #YOU think of Feskova’s victory? Do #YOU think she will do well for Russia, or do #YOU think they should have sent one of her rivals instead? Share your thoughts below, in our forum, or in the comments below.