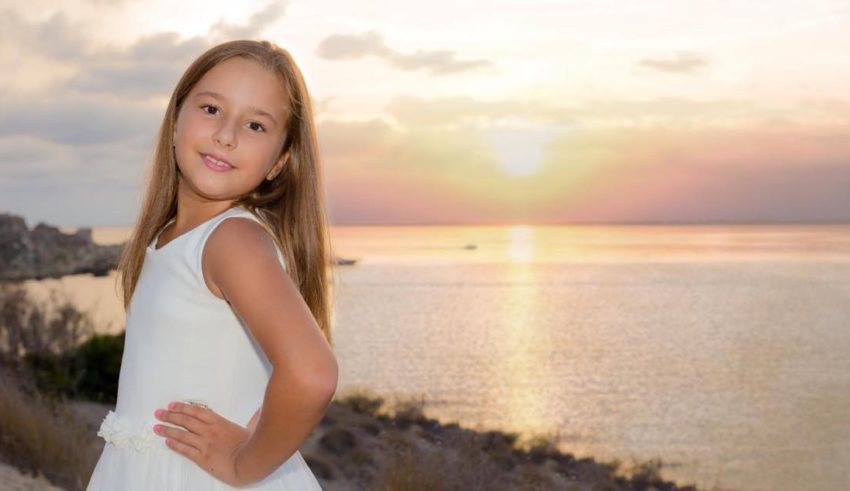 Nine-year-old Chanel Monseigneur beat out eleven other young hopefuls at last week’s Maltese Junior Eurovision 2020 national selection, and will go on to represent the Mediterranean island nation on November 29, 2020 with “Chasing Sunsets.”

Malta’s national selection was held on September 19, 2020, but Monseigneur was crowed the winner today. The national selection was decided by 50% online voting and 50% jury (singer and composer Dominic Cini, Malta’s Eurovision 2019 representative Michela Pace and Junior Eurovision 2019 representative Eliana Gomez Blanco). Monseigneur beat out 2nd place Leah Mifsud (“Anywhere”) and 3rd place Mychael Bartolo Chircop (“The Child From Inside”). Gianluca Cilia, who represented Malta at Junior Eurovision 2017, was placed among the remainder of the pack with his duet with Yulan Law (“Deck of Cards”).

Monseigneur will enter “Chasing Sunsets,” an English language ballad about being inspired by Malta’s beautiful sunsets and the dreams they inspire her to chase.

Growing up I have always been fascinated by the beautiful sunsets we have here in Malta. My parents usually take me to…

Monseigneur will be hoping to Malta back on track at Junior Eurovision. Malta are traditionally a strong contender, having won in 2013 and 2015 with Gaia Cauchi’s “The Start” and Destiny Chukunyere’s “Not My Soul,” respectively. Despite fielding a well-known and well-regarded performer in Eliana Gomez Blanco, the song did not click with Junior Eurovision 2019 audiences and came in 19th and last place.

What do #YOU think of Monseigneur’s victory? Do #YOU think she will do well for Malta, or do #YOU think they should have sent one of her rivals instead? Share your thoughts below, in our forum, or in the comments below.