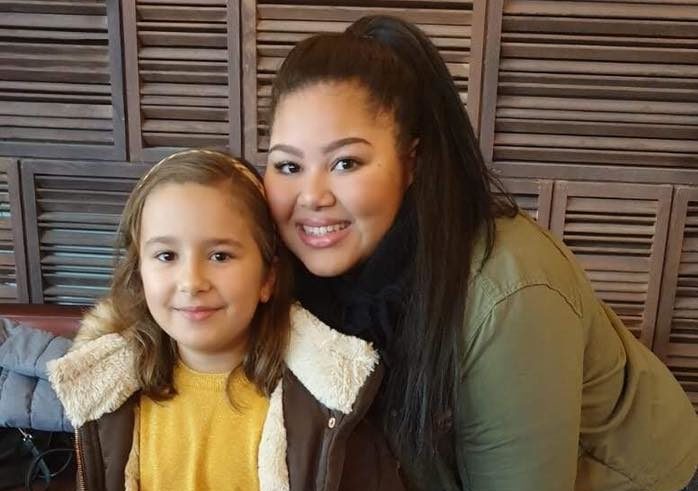 It’s 5 days to go until Junior Eurovision 2020, and we are counting down the 12 nations participating in this year’s remotely held and Warsaw, Poland hosted contest on Sunday, November 29, 2020.

Today we look at Malta, a country that has developed a reputation for excellence at this contest despite its small size and relatively average performance at the adult version.

Malta’s history can be neatly divided into two periods: pre-withdrawal and post-withdrawal. Malta were one of the nations in the first contest and plodded along uneventfully – a 4th place in Daniel Testa’s “Junior Swing” aside – in the lower tiers until they withdrew in 2011 and 2012.

But when Malta came back, they came back with a vengeance. Gaia Cauchi’s “The Start” was an appropriate name for their return in 2013, as it was the start of six consecutive top half finishes, including two wins, with “The Start” being the first.

Most importantly for Malta, Cauchi is one of two Junior Eurovision winners for her country who looks best set for a music career in adulthood. Cauchi exemplifies what you want out of this contest – a platform that helps launch a future star.

The other winner for Malta, however, may eclipse her. Destiny Chukunyere not only raised Malta’s profile in a Eurovision contest, she also raised the profile of Junior Eurovision itself with her stunning performance in “Not my soul.” You have to feel for Armenia’s Mika as in another year his “Love” would have crushed the competition. How the hell was he supposed to know that kid Aretha was going to come his way? In a year where the Eastern bloc dominated more than 2019, Destiny still stormed out as the winner with her powerful gospel pop anthem.

Destiny was due to represent Malta at Eurovision 2020 with “All My Love,” but thankfully Malta decided to select the X Factor winner again for 2021.

Ela Mangion came in 5th in 2018, but discovered televoters could be as harsh to the Mediterranean nation as they are towards Australia. “Marchin’ On” was 2nd in the jury vote with 138 points, but only got 43 points from the televotes.

Unfortunately, it got worse for Malta in 2019 as Eliana Gomez Blanco came in 19th and last place with “We Are More,” a cruel result for a performer many pundits predict will go on to have a successful career once she hits adulthood.

Monseigneur beat out 2nd place Leah Mifsud (“Anywhere”) and 3rd place Mychael Bartolo Chircop (“The Child From Inside”). Gianluca Cilia, who represented Malta at Junior Eurovision 2017, was placed among the remainder of the pack with his duet with Yulan Law (“Deck of Cards”).

Chanel Monseigneur was born on January 2, 2011, and hails from Mosta, Malta. She is also currently receiving vocal training from Clare McCartin, and has received musical training of some sort ever since she was 3-years-old.

Monseigneur is a veteran of many international contests in Latvia, Lithuania, and Italy, and though she doesn’t have The Voice Kids on her resume like many of her competitors, she is a well-seasoned performer from a musical family.

“Chasing Sunsets” is composed by Aleandro Spiteri Monseigneur, Peter Borg, and Joe Roscoe, with lyrics by Emil Calleja Bayliss. The song is in English, which Malta is allowed to do as according to JESC reviews they have to use at least 60% of their lyrics in an official language.

Connor – 9 – “This is probably the biggest shock of the contest, I never expected the glow up that occurred between the Maltese national final and the music video….but here we are. Chanel sounds like a professional singer who has been doing this for years, but she is literally NINE AND A HALF YEARS OLD. While many don’t see it, I truly think Malta could be the dark horse of this year, and if they pull off a good staging could be an upset win. This entry is perfection and I will defend it at all costs. Perhaps Malta could be our second triple winner of JESC and beat Poland to the title?”

Daniel – 8 – “This is a strong performance by Malta with a very worthwhile production. It has this sound of familiarity that makes it comfortable but also has a contemporary feel that makes it feel like a journey. I think that this can translate very well to the stage. Her vocals are also pretty superb. There some to be a lot here that can go very very well for Malta.”

James – 7.5 – “A+ for a young singer and her older brother (the composer) having an ear for modernity. This is a song by young folk naturally making a song for other young folk, and I hope they get a lot of votes from kids recognizing they’re not being pandered to (like some of the social media songs that plague this contest’s national selection). My big question with the song is the lyrics. Anaal Nathrakh’s masterpiece “Forging towards the sunset” describes someone being burned alive while they contemplate the mythologies they were supposed to uphold their whole lives being unmasked as an illusion far too late to do anything about it. Similarly, “Chasing Sunsets” has that fool’s errand theme: “Red and orange will blend as the day comes to an end it feels like an illusion.” The singer’s 9 years old. Perhaps I am reading too much into the lyrics, but kids should be more fascinated with sunrises than sunsets.”

Melanie – 7.5 – “Malta is bringing an entry just as classy as her name. Chanel Monseigneur with Chasing Sunsets is giving me Lana del Rey vibes and she’s one of my favorite singers. It’s different than the other songs in this competition and is definitely my biggest grower. It’s just not over the top a children song, but still have a cute vibe. I’m scared though that Malta will be the biggest robbery this year, because this won’t appeal as much to a younger
audience. But nevertheless, it’s in mine top 5!”

Roy – 4.5 – “Malta just kind of disappoints me.. Some of the lyrics in the verses are chopped up a bit awkwardly. Besides that, I feel like they could have gotten soo much more out of this artist. Her voice is quite unique in the verses in the lower registers, but instead of trying to enhance that and write an interesting unique piece, they just decide that a standard “off the shelf” ballad would do. I guess it would normally result in a fine to good result, but it is so unfortunate since they could have done so many more things with Chanel’s voice.”

Sean – 5 – “Chanel has an intriguing soulful, rasping quality to her vocals, even at such a young age. They start them young in Malta! “Chasing Sunsets” is not one of Malta’s strongest entries but it’s a solid piano pop song with some interesting elements and I like the fact it does not leap into the same key-change, soaring vocal trap that many other entries seem to fall foul of.”

The USA’s Eastern Time (Daniel) and Central Time (Connor) wholly endorse “Chasing Sunsets,” while the USA’s Pacific Time (James) and Holland’s urban rep (Melanie) give it a 7.5, only for rural Holland (Roy) and the UK’s Midlands (Sean) to bring down the average! I don’t know if urban vs. rural Holland is a thing, but long story short, there will be probably be enough Connors and Daniels out there to give Malta enough points to avoid last year’s fate.

Kazakhstan maintains its lead heading into our next entry, which will be the team of UNITY from The Netherlands. ESC United has a strong home advantage (two of our six reviewers are from there), so we shall see if that translates into points for another kid group entry from this JESC mainstay.

What do #YOU think of “Chasing Sunsets”? Do #YOU think this is a shrewd nod to modernity or a slow ballad that is out of place at JESC? Let us know in the comments below, on social media, or in our forum.