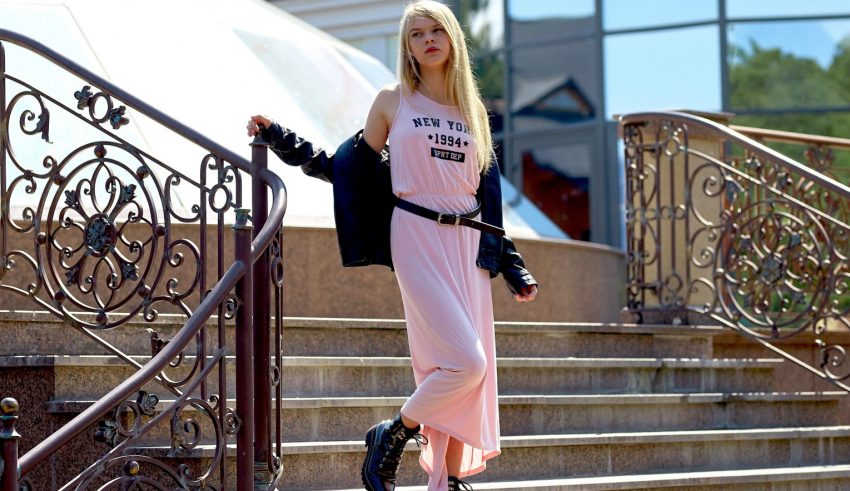 It’s 3 days to go until Junior Eurovision 2019, and we are counting down the 19 nations who are participating in Gliwice-Silesia on Sunday, November 24, 2019.

Next up we check out a country that is either an utter shambles or a glorious triumph at Eurovision but a smoother running operation at the Junior version.

The words “Ukrainian national selection” are usually to organized Eurovision contests as Hindenburg is to aviation safety. Despite Vidbir devolving into a farce before Eurovision 2019, being forced to withdraw after a contract dispute between artists and broadcaster, the kids tend to have their operation more buttoned up.

A national selection was organized by broadcaster UA:PBC and held on August 19, 2019. A jury of seven music professionals listened to the acts and gave the win to Sophia Ivanko. To the best of our knowledge, no-one’s patriotism was questioned on stage that night. These are the final standings (audition video links embedded in song title):

3.) Oleksandr Balabanov – “Power in You”

And the eagle-eyed among you may remember that 5th placed Alexandre Zazarashvili was also a semi-finalist on Georgia’s Ranina 2018, won the Voice Kids Ukraine, and is likely to make a bow on X Factor Kids USA in early 2020.

Sophia Ivanko was born on November 5, 2005 in Kiev. As with many of her competitors, Sophia also competed on her country’s franchise of The Voice Kids. Eurovision 2016 winner Jamala was her mentor.

And as with other competitors, she can also play the piano, but often co-writes songs with her brother, a guitarist.

For those burned out on being lectured about the environment by someone younger than the cactus on their balcony, Sophia arrives with a “music unites us” message.

“Music has incredible transforming power,” Sophia told junioreurovision.tv. “It is a universal key to inner happiness. If any problems cause you distress, you can bring up your internal energy by singing the melody that comes from your heart.”

“The Spirit of Music” is composed by Sophia with writer, producer and vocal coach Mykhailo Tolmachov.

This is what our editors had to say about “The Spirit of Music”:

Boris – 9 – “An introverted indie pearl, rife with soothing noises which are a balm for my restless soul. I adore it to bits.”

Connor – 5 – “So upon first listen I really really disliked this song, now I only moderately dislike the first half of the song. I feel like there is just too much time spent on the “ooo” section, and it takes a really long time for the song to really push into something that is musically interesting to my ear. That said her ability to hit some of these notes is stellar. She’s an amazing vocalist, I just feel there is something missing from this to give it that piece of magic.”

Daniel – 7 – “The song can be described as mystical and funky, it has certain folky elements incorporated to a ballad-jazz composition. Staging could be either avant-garde or simple with just a piano (who knows with Ukraine). An interesting and different sound, almost ephemeral.”

James – 7 – “Georgia sends her kids to Ukraine to compete there, so no surprise Georgia’s love of jazz starts to influence the Ukrainians. “The Spirit of Music” is a really pleasant three minutes even if it’s not an impactful three minutes. This is another of those entries where you know the parents will chill out to it, especially if they have the Volvo station wagon with the rear seat fridge to keep the rose chilled while the kids are watching it. The big question is if the kids will be hip to this. Fans have questioned Georgia’s choice of song, but this one seems a little more out of place, even though there’s no denying the quality of it.”

Melanie – 8.5 – “To be honest, I really hated the first version of this song. It didn’t stood out and I called it the “owl song”. But Ukraine know how to revamp their song and it’s amazing. It’s such an unique and authentic song now that I really think this could be the Dark Horse of this year. Hopefully the younger audience also think the same about it.”

Roy – 9 – “When this song first came out and we only had the short version to listen to, I wasn’t very keen on it. I didn’t know what to think about it, but after they officially released the song revamped and all I started to fall in love. Ever since it came out, it started rising in my rankings and I started to appreciate this more and more. The “oeh’s” sounded very gimmicky at first, now it feels a lot more delicate and artistic. I love how they extended the original song and made it so much better because of it. It just gets that extra bit of spice that it needed. Sophia is an incredible artist and has a bright future ahead of her. I also really appreciate that this song is about a subject that isn’t very loaded. She is just trying to write a song and then eventually finds the spirit inside of her to write this incredible song. I fell in love with this gradually and I hope Europe will respond in a similar way to it!”

Sean – 8 – “This song almost feels a little experimental, I rate that. I like that it’s a little bit jazzy but also has the high notes and big crescendo that a lot of the better Eurovision songs have. I think Ukraine have taken a big risk with sending this song, but I’m glad they did as musically it is one of the stand-outs in this field!”

Stefan – 2 – “I don’t know why but this girl and her song are giving me some very strange vibes. For me it’s type of the song that you just forget about it when it’s done. If Ukraine can be so strong at Eurovision, why are they struggling at the Junior one? I know the results are saying otherwise, but that is how I feel.”

Eighteen countries in, here are our current rankings:

“The Spirit of Music” is just a hair under an average of 7.0, which still means that on average, the ESC United panel gave it a rating of “good.” This also seems to be the wildcard entry that has us scratching our heads guessing what the kids would think of it. Will she be too hip, too cool for the Junior Eurovision crowd, or will the kids connect with this and do well? With one more country to go, France’s Carla still tops our rankings with a 9.0 average.

What do #YOU think of “The Spirit of Music?” Do #YOU think this will unite or divide the kids? Let us know in the comments below, on social media, or in our forum.

Fado legend Carlos do Carmo passes away at age 81