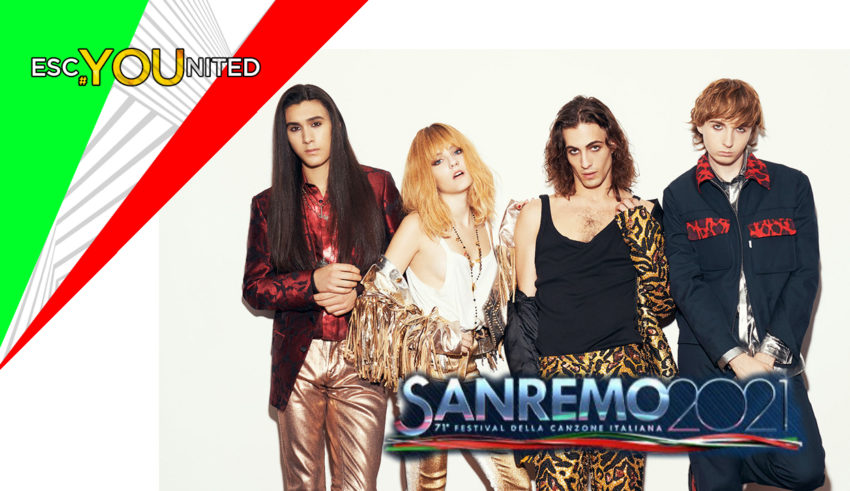 It’s been a long week when it comes to Sanremo, and even when the last bit of confetti dropped, the suspense will still going strong afterwards, as winning the Sanremo festival doesn’t mean going to Eurovision every time, but that is not the case once again.

If you were one of those people who tried to stay up to watch the final night of Sanremo, and ended up falling asleep while watching or if you just wanted to know who goes to Eurovision for Italy and just skipped all the Italian music, then we are here for #YOU to tell you the story.

Last night, the final night of the annual Sanremo Festival took place, where a total of 26 acts were competing for the past 5 nights to win the 71st edition of the Italian music festival.

As is tradition for the Italian extravaganza, it can go on for hours and all the way until next morning for some, and this was once again the case. However, a winner was eventually announced at around 3 AM Central European Time.

After the long night, only 3 competitors finished atop of the rest which included two past Eurovision singers, which were Ermal Meta & Franceasca Michielin ft. Fedez, with the final act being Måneskin.

The 3 acts progressed to the super-final, where all their votes from the past nights got wiped, and they all entered the second round of voting, where ultimately Måneskin were announced as the winners. For more details about the entire process you can check all of the details here.

Normally, after Sanremo concludes, a winners press conference is held, but due to the ongoing pandemic, it was moved to the next day. Due to past incidents and unclarity, RAI has since last year demanded that acts have to agree whether or not they wish to represent Italy at the Eurovision Song Contest, in case they should win, and sources did say that all 26 acts were all aboard for representing Italy in case of victory.

This has been done since last year, since in the past, winners have declined the opportunity to go to Eurovision, most recently being in 2016, where eventual 2016 runner-up, Francesca Michielin ending up with going to the contest instead. It also remained uncertain for quite some time, whether Mahmood would go to the contest in 2019, because he was deemed “not Italian” enough to represent Italy, which ended up causing a huge controversy, and eventually took some days to decide whether he wanted to represent Italy or not.

However, once again the winners have indeed agreed, and Måneskin is now officially the Italian act for 2021.

Måneskin will perform their song “Zitti e Buoni” in the grand final of the contest on the 22nd of May in Rotterdam, should the ongoing plans for a Scenario B contest go ahead.

Are #YOU happy about Måneskin accepting the offer and can Italy maybe finally win the contest? Join us on our social media sites or on our forum HERE and share your opinion.