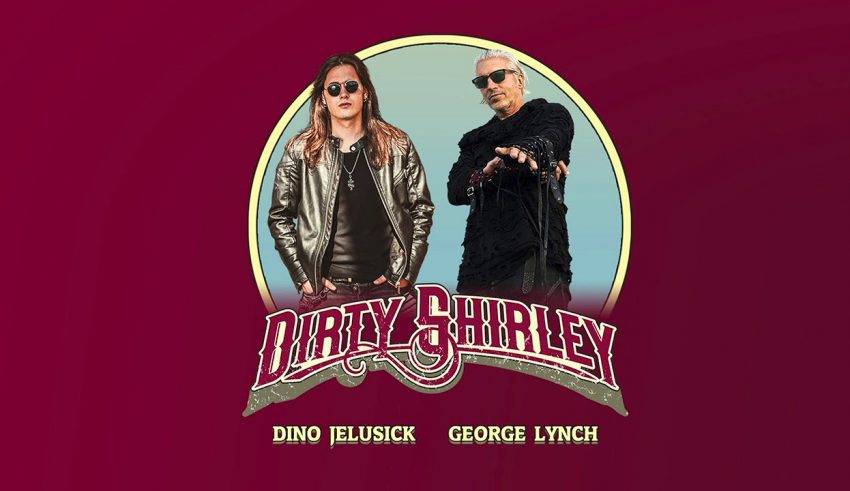 If there’s one Junior Eurovision winner who is not taking it easy it is 2003 winner Dino Jelusić who has just released “Here Comes the King” with rock supergroup Dirty Shirley.

“I just finished up with this project,” Lynch told Blabbermouth.net. “It’s a European vocalist — he’s a singer from Trans-Siberian Orchestra (Croatian singer Dino Jelusic, also of Animal Drive), and him and I did a record, and we just are finishing that up. I wrote all the songs and finished all the guitar. We’re finishing the vocals. I’ve got Will Hunt on drums. It was a really super-fun record to make, so that will be coming out at some point next year.”

Dirty Shirley is apparently a reference to the alcoholic version of the Shirley Temple drink, which adds vodka to the classic ginger ale, grenadine and cherry beverage.

2019 has been another busy year for Jelusick, who will again be a touring vocalist for the Trans-Siberian Orchestra, a very popular supergroup whose regular Christmas time tours in the United States have become a festive tradition. The tour dates are listed here for those interested.

Additionally, Jelusick joined guitarist Tony Hernando and provided vocals for Hernando’s Restless Spirits self-titled debut album on two songs, particularly “‘Cause I know you’re the one” and “Lost time (not to be found again)”.

Jelusick also released a well-received covers EP called “Back to the Roots” with his hard rock outfit Animal Drive. As Jelusick is often compared to Skid Row’s legendary vocalist Sebastian Bach, it is appropriate one of the four songs was Skid Row’s “Monkey Business,” and the comparison between him and Bach has been favorable. He has also been sending out regular updates on his Facebook page teasing an early 2020 release date for Animal Drive’s new record.

No word yet if Jelusick has any interest in performing in any Gilmore Girls episodes as Bach famously did with the fictitious band Hep Alien.

Jelusick won the inaugural Junior Eurovision back in 2003 for Croatia “Ti si moja prva ljubav” (“You are my first love”). It remains Croatia’s only win in the contest, though they did withdraw between 2007 and 2013, and have not appeared since coming in last with Josie’s “Game Over” in 2014. Hopefully the song title is not an omen for the Balkan nation. Dino’s sister Lorena also performed for Croatia, coming in 12th in 2005 with “Rock Baby” and embarking on a music career herself in New York City.

What do #YOU think of “Here Comes the King?” Do #YOU follow the careers of any other Junior Eurovision winner or performer? Let us know in the comments below, on social media, or in our forum.