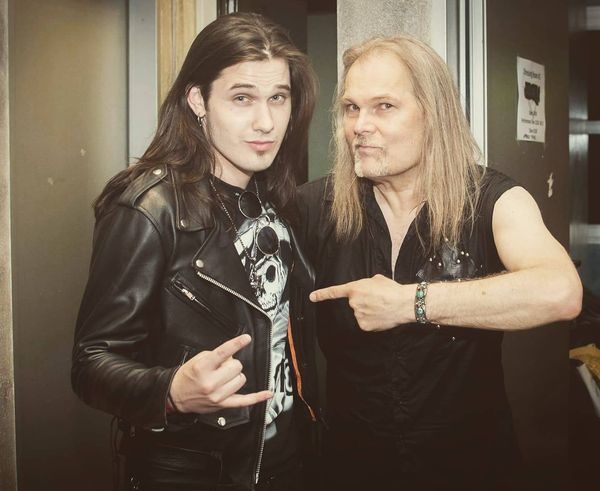 In a plea to fans on his Instagram page, Junior Eurovision 2003 winner and rock musician Dino Jelusick exasperatedly appealed for the return on his Facebook page which had been hacked and taken over two months ago.

“On this day 2 months ago my Facebook page got hacked,” said Jelusick on an Instagram post today. “I still didnt get it back. With blue badge and with everything that proves that it’s my f—–g page, Facebook does NOTHING. @zuck do something. PLEASE TAG Mark Zuckerberg. This is insane. I literally have stuff that’s waiting to come out and I can’t promote it properly.”

Fans of Jelusick on Facebook don’t have any easy ways of notifying Facebook that Jelusick’s page has been hijacked. Options for reporting a page are limited, with none of the options on their “Report Page” form appropriate for Jelusick’s situation, and no free text field for fans to explain.

Social media account hijacking also made the news for the rock community earlier this week when YouTuber and guitarist Steve Terreberry (aka Stevie T) had his YouTube channel hacked, all of his content deleted, and his channel taken over and replaced with Bitcoin videos.

Stevie T was able to reclaim his channel and get his content restored, but as he said in a video yesterday, the hijacking caused him financial and reputational damage, and that the move had caused a loss to his subscriber base (almost at 3,000,000 prior to takeover).

Jelusick, whose career has gone from Junior Eurovision 2003 winner for Croatia to a singer for Trans-Siberian Orchestra and a hard rock singer who has worked with rock legends such as Joel Hoekstra, George Lynch and Mike Portnoy, will no doubt also be sustaining similar financial and reputational loss as well as an avenue to promote his new music.

Jelusick not only has more rock legend collaborations in the works, but also music from the eagerly anticipated second album of his hard rock project Animal Drive.

Do #YOU have any suggestions as to how Jelusick can reclaim his social media account? Have #YOU followed Jelusick’s career from the first Junior Eurovision winner to an acclaimed hard rock singer? Let us know in the comments, on social media, or in our forum.