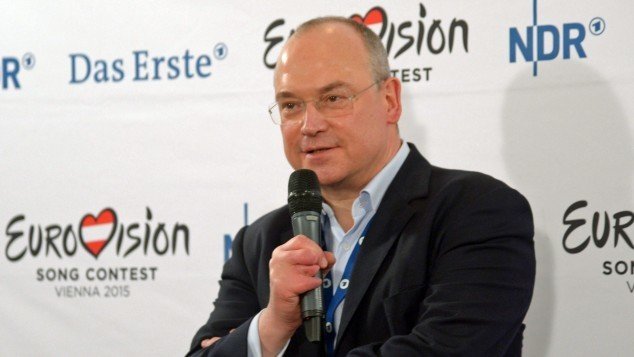 Another broadcaster has spoken up about Yulia Samoilova’s ban from Ukraine. Yesterday, we reported on Denmark and San Marino making statements regarding the situation.

The Head of Entertainment for the German broadcaster ARD Thomas Schreiber said the following: “The Russian Broadcaster knew too well who they had chosen, and the Ukrainian authorities knew just as well what they were doing. This is a feud on a public stage.”

He continues to point out that a Russian participation is the main goal. “If it’s possible at all, it really comes down to the willingness of both parties or both participating broadcasters. At the same time, this is of such high symbolic significance, it can be assumed that neither of the broadcasters are acting independently as it may be the case in Western Europe”.

The EBU’s job is similar to a Foreign Minister dealing with political diplomancy. “It could mean that the originally declined compromise may still be a possibility or possibly to come up with a different solution. But it makes little sense to do this in public as you hardly ever get anything accomplished that way.” The EBU should continue to work towards a solution behind closed doors according to Schreiber.

EBU spokesperson Dave Goodman says that the dialogue continues. “We have to respect the laws of the host country. But we are asking Ukraine to find a solution for this unique situation and ensure that the Russian representative can enter the country. If that’s not possible, the offered alternative solution is still an option. Our offer is still valid. For the TV viewers, it makes no difference.”. As far as what’s going to happen if Ukraine continues to block the artist from entering the country, all depends on the Russian broadcaster: “Perhaps we have to ask the Russians to reconsider their decision”.

When asked if this escalating situation could hurt the image of the contest, Thomas Schreiber kept it short: “It is not nice”.  On the other hand, Goodman has a more optimistic view “When we broadcast thee shows in front of 200 Million viewers, when the music starts, people will forget a lot of things and will concentrate on what matters, and that’s the contest and the diversity in languages and nations performing together. That is the most beautiful thing about ESC.”

It is unclear what’s going to happen if neither parties will change their positions and the EBU runs out of compromises to put forward. An artist being unable to travel to the host country is something the EBU never had to face before, according to Goodman.

“Russia’s participation is possible, Russia’s withdrawal is also possible if the two sides can’t come together”, says Schreiber. “It would be nice if the EBU could find a way so that both parties involved can safe face. A solution that makes clear the the Eurovision Song Contest is exactly what the title says: A song contest and nothing else”.

Stay tuned for more updates. In the meantime, you can follow the conversation about this topic on our popular forum HERE.