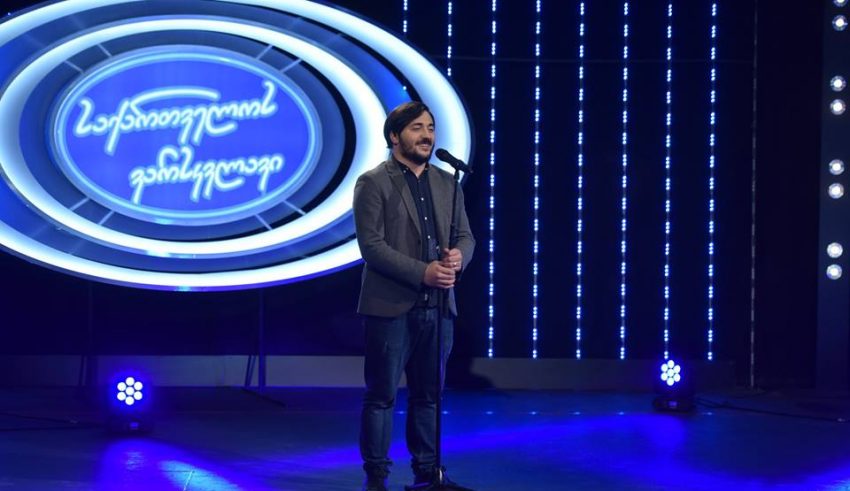 The auditions are over, and for ten contestants the grueling challenge to become the next Georgian Idol and Georgia’s representative in Tel Aviv at Eurovision 2019 begins.

The ten contestants, in order of the judges’ reveal to the public, are (audition episode in brackets):

Before the reveal, we had an hour of more auditions and golden tickets. The judges – Stephane & 3G’s Stephane Mghebrishvili, “Unser Lief fur Lissabon” and X-Factor contestant Natia Todua, Georgia Public Broadcaster’s (GBP) Media and Communications Director Tinatin Berdzenishvili, and head of London-based Bravo Records Zaza Shengalia – then brought the golden ticket recipients back for a second round, and began the grueling process of winnowing down the field to ten. There may be some griping in the week to come, as some early social media favorites who had received extensive coverage in Georgia, including Mariam Zhordania, Gedevan Kevlishvili, Anastasia Pirveli, and Irina Khechanovi, were not advanced.

We saw a couple rejections and one performer, Saba Ghurtskaia, out of three (the other two being Makho Todua, no relation to the judge, and Saba Sapareli), performing with a charismatic guitarist with a neon blue suit and red dyed beard advanced. Saba impressed with his take on Camilla Cabelo’s “Havana.” Levan Morbedadze, 26, impressed with his song about Rustavi, both with a smooth and funny delivery.

During the week, Georgian media profiled judge Natia Todua and quizzed her on her judging philosophy and why she herself is not competing (long story short, she’s working on her debut album and has scheduling conflicts). During her interview, she criticized other talent shows where the contestants performed and even if they won, there was no encouragement or professional development. She said she wanted to encouraged, and in critiques wanted to provide very helpful, very actionable advice that a performer could take on board to improve. This was in effect when Natia got up and showed 19-year-old Barbara Sukhitashvili how to use body movement to improve an a capella performance.

Next Tumana Lilvashvili from Abkhazia, 16, who dedicated her performance to her grandmother. She was followed up by Malibu Tugushi, who previously performed on X-Factor Georgia. Both were given golden tickets.

Next up was Nini Karsheladze, 26, a familiar face to Georgian fans as she has been performing in Georgia for some time and has several singles out. Nini blew the judges away with a fantastic performance of jazz legend Etta James’s “I’d Rather Go Blind.”

26-year-old singer and guitarist Willy Tirol followed, performing a slow number called “Don’t let me drown.” His facial tics suggested he was white-knuckling it, and he did get a golden ticket to perform Limp Bizkit’s cover of George Michael’s “Faith” in the second round, which is probably closer to his true style of performing.

The next one tugged at the heart strings as single mother of two Sali Mirianashvili amazed with an acoustic rendition of Jessie J’s club anthem “Do It Like a Dude.” It certainly didn’t hurt her chances as the judges invited her two daughters to watch Sali’s performance and receive Sali’s golden tickets.

The last audition of the night was, like episode two, a former representative for Georgia at Junior Eurovision. However, unlike Irina, Mariam Kakhelishvili picked a song suited to her strengths and nailed it, receiving almost instantaneous praise. 23-year-old Mariam will be one to watch, as she slayed Jennifer Hudson’s version of the Beatles’ “Golden Slumber.”

The golden ticket recipients came back for another look over, and some stayed in the genre that got them a golden ticket and some, as mentioned about Willy Tirol above, went for broke with something completely different. Two performances of note, and ones that guaranteed their passage to the next round, were Giorgi Nakashidze’s performance of Metallica’s “Enter Sandman,” and Beso Memzadze showing remarkable bravery by doing a cover of one of Georgia’s most beloved crooners and bete noire of the United States Treasury Department for his organized crime links: Grigory Leps!

Next week, the process of winnowing down the ten contestants to one finalist begins. The episodes will now be performed live, beginning on January 26, 2018, at Tbilisi Concert Hall.

Tune in every Saturday night at 22:00 Georgian time (21:00 CET) to follow Georgian Idol until the finale on March 9, 2019. Georgian Idol is streamed live on their facebook page.

What did #YOU think of the ten contestants selected for Georgian Idol? Are there any golden ticket recipients #YOU would have picked instead? Comment below, on our forum HERE, or join the conversation on social media!