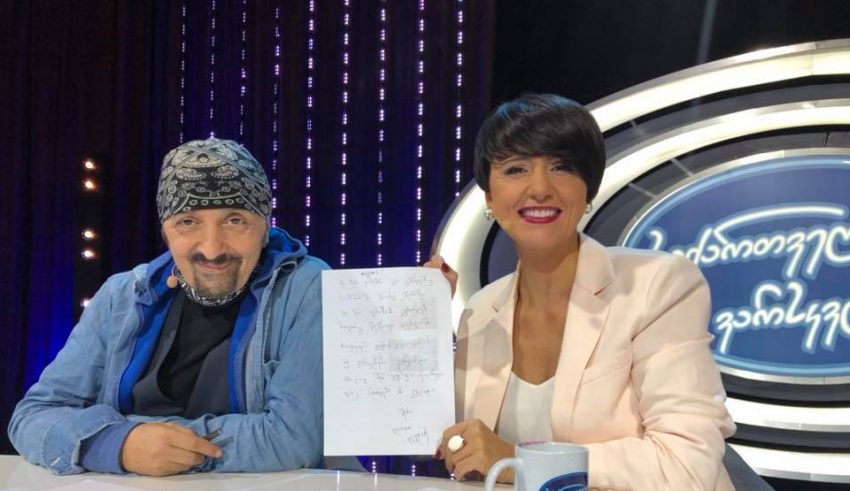 Last week, Georgian Public Broadcasting (GPB) outlined its rules for the forthcoming season of საქართველოს ვარსკვლავი (Star of Georgia), the Georgian franchise of the Idol series.

And this morning, TV-1 announced the four jury members who will be overseeing the three episode audition phase, and who will be critiquing and mentoring the ten finalists for Georgian Idol, the method of selection for the second year in a row for Georgia’s representative at Eurovision.

Though her hair has changed, and will probably change by the time of the audition rounds, Natia Todua is back as a judge. Todua made waves for several reasons during last season’s Idol, with her criticism of the Georgian music industry (she was famously told on the 2014 season of X Factor Georgia that she would not amount to much, and she proved them wrong by winning The Voice of Germany) and the separation from her grandparents due to the Russian occupation of Abkhazia being two big points throughout the season.

Also returning is GPB’s First Deputy Director General Tinatin Berdzenishvili, who also serves as the Head of the European Broadcasting Union’s Gender Balance Initiative, a post to which she was appointed in April 2019. She will once again serve on the Idol jury as the GPB’s head of delegation.

A new face to the Idol jury, but to not to eagle eyed Eurovision and Junior Eurovision fans of Georgia, is multi-instrumentalist musician and composer David Evgenidze, who was recently head of the jury of the 2019 season of Ranina, the method of selection for Georgia’s representative for Junior Eurovision. Additionally, he will be supervising the composition and production of Georgia’s song for Eurovision 2020, which like last season, will be revealed in the final episode.

The last juror announced is David Aladashvili, a classically trained pianist who has performed all over the world and possesses a Masters’s degree from the famous Julliard in New York. He is also head of his own non-profit Young for Young, which is an outreach program to educate disadvantaged children in classical music.

Last year, Oto Nemsadze won Georgian Idol, and “Keep on Going” came in 14th in the first Semi-Final. The result, though disappointing, was considered internally more of a reflection of Europe “not getting” the entry than the singer and song being considered a failure. Given last year’s Idol returned the highest ratings for the franchise there, it was a foregone conclusion that they would return to this format for the 2020 season.

Also of note is that Georgian Idol will start on Saturday, October 26, 2019 at 22:00 Georgian time. Be sure to take note of this time, as this will be the earliest national selection kick-off of the Eurovision 2020 season.

What do #YOU think of Georgia using the Idol franchise again for Eurovision 2020? Are #YOU confident the addition of Evgenidze and Aladashvili will help find a winning formula for Georgia? Let us know in the comments below, in our forum, or on social media.