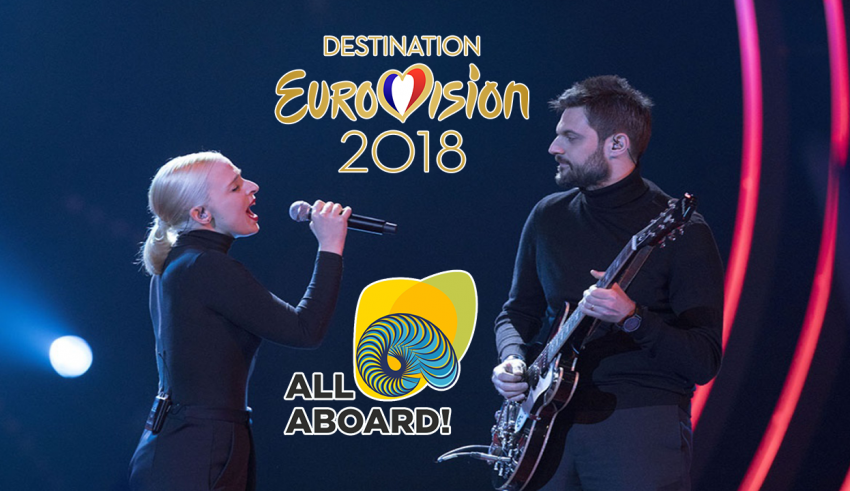 Bonsoir l’Europe! – France is calling, and first of all, what a brilliant show we’ve had from France in the past weeks, and now it has finally come to an end with the winner on top, and the next singer, that hopefully can bring Tricolour back on top of the scoreboard.

The past 2 weeks, 18 acts fought for a chance to perform in the grand final, which took place tonight. 8 acts managed to qualify from the pre-recorded semi-finals, and tonight a winner had to be crowned.

The big final of Destination Eurovision can only be considered as a great success, so hopefully the success continues over to the Eurovision Song Contest in Lisbon.

Nonetheless the final consisted of these 8 great acts:

The grand final also featured duets of all the finalists, performing along with other great singers from France such as Maître Gims, Slimane, Gipsy Kings and many more.

The show was very straight forward, with all the finalists performing a cover song, and then their song for the contest. Not long afterwards, it was time for the results, and this time it would be decided by both a jury and the televote, with each having a total of 50% of the outcome.

The jury was made up of 10 different Head of Delegations around in Europe, being from Iceland, Armenia, Bulgaria, Switzerland, Israel, Russia, Finland, Sweden, Italy & Belarus.

The Francophone jury was also part of the show, however their power had been revoked prior to the show. At the same time, last year’s French singer Alma, replaced Amir on the panel.

With all the votes announced by both the jury and the televote, the scoreboard ended in the following way:

Despite a big gap between Emmy and Lisandro who finished in the top 2 after the juries had given their points, then none of them could build a gap big enough to stay on top.

Emmy suffered heavily from finishing surprisingly low with the televote, and Lisandro couldn’t score enough points to stay above everyone else. With a total of 118 from the televote, Madame Monsieur managed to clinch to the top and secure victory.

Madame Monsieur will now represent France at the Eurovision Song Contest in Lisbon, and France is as a BIG 5 member already ready for the Final.

How far do #YOU believe that Madame Monsieur can go in Lisbon?