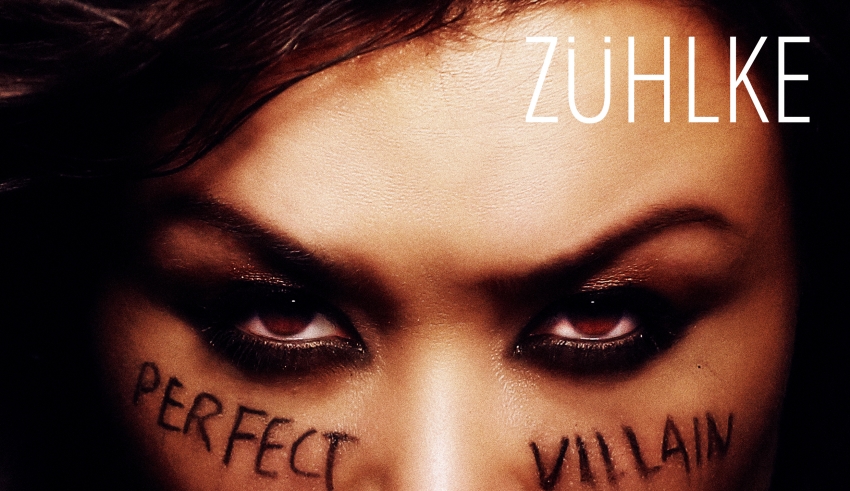 The 6th edition of the Uuden Musiikin Kilpailuun will take place on the 28th of January in Espoo Metro Arena, Espoo. Nearly a month ago YLE, the broadcaster in Finland has announced the competing artists. Zuhlke is one of the competing artists and to celebrate the release of her single “Perfect Villian” today, she found time for a quick chat with us.

Hello Zuhlke! How are you ? Can you introduce yourselves ? What can you tell us about yourself?

My name is Zühlke and I am a 25-year-old singer from the capital city area of Finland! I’ve been singing and performing since I was a small child. In 2013 I got an invitation to join the Finnish Idol competition, in which I placed fifth. After the competition I signed a record deal with D8 Music. I released my first album last spring and now I am working on an international career.

Your song that you will be presenting for the Uuden Musiikin Kilpailuun is “Perfect Villain”. What can you tell us about the song?

The song is about a complicated relationship that is really hard to let go. It is about two opposing forces which complete and need each other but at the same time their relationship consumes them. Your loved ones can often hurt you the most.

My producer played me the song and I started to cry when I heard it. That’s when I knew this is the song I’m participating in Uuden Musiikin Kilpailu with and this is a song I want to take to the Eurovision!

Eurovision is an amazing contest and I watch it every year. Of course the most memorable moment was when Lordi won the contest in 2006.

I am working on an international career and the Eurovision song contest would be a great way to get to preform on the international stages. My dream is also to perform in Germany because my fathers family comes from there.

Yes I think it would have a very positive effect on my career. I see the Eurovision song contest as a pathway to the international stages. It is my biggest dream and I’m working very hard to get there.

I have faced many adversities and losses in my life. I feel that my biggest success has been that I pulled through those difficult times and that they have made me a stronger person. Because of that I am now able to do what I love the most, which is singing and music.

One of my first memories is when I was 4 years old and I sang a song at my relatives wedding. I made up the lyrics and the melody by myself and my second cousin accompanied me with the drums.

Zuhlke thanks for your time. We wish you the best of luck for Uuden Musiikin Kilpailuun. Maybe we see you in May in Kiev!

Thank you for the interview and I hope to see you in Kiev!