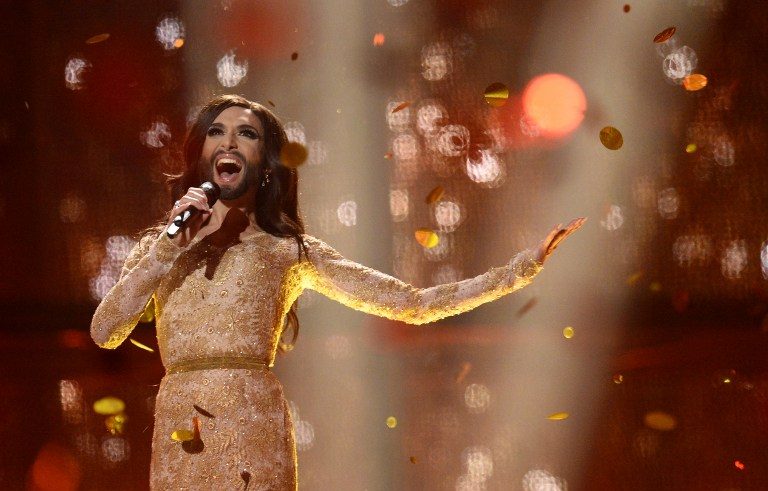 Hello, and welcome back to Eurovision This Decade! As a team we are reviewing the entries from every country who competed in the Eurovision Song Contest over the amazing decade that was the 2010’s. Today we’ll be looking at Austria, but first let’s see who your favourite was for Australia!

Perhaps it’s little surprise, but with half of all of the votes in our poll, Australia’s most successful entrant Dami Im is YOUR favourite of their entries so far, with “Sound of Silence”! Second place with 35% is this year’s entrant Kate Miller-Heidke, who wowed us with a memorable performance of “Zero Gravity” in Tel Aviv. A distant third place went to 2018’s Jessica Mauboy who earned 7% with “We Got Love”. Next, it’s time for the first country in our retrospective to win in this decade…

Austria have participated in nine of the ten contests this decade and have given us some truly memorable moments. Lets take a brief look at their track record and then we’ll get into the rankings!

Performed second in the second semi final and qualified for the final in seventh place with 69 points. Nadine then performed 18th in the grand final and finished in 18th place with 64 points.

Performed 16th in the first semi final and failed to qualify for the final finishing in 18th and last place with 8 points.

Performed first in the first semi final and failed to qualify for the final, coming in 14th place with 27 points.

Performed sixth in the second semi final and qualified for the final in first place with 169 points. Conchita then performed 11th in the grand final and won the contest with a total of 290 points, bringing the contest to Vienna in 2015.

As the hosts, they qualified for the final automatically. In a contrast to 2014, The Makemakes performed 14th in the grand final and finished in 26th place with 0 points.

Performed 12th in the first semi final and qualified for the final in seventh place with 170 points. Zoe then performed 24th in the grand final and finished 13th with 151 points overall.

Performed second in the second semi final and qualified for the final in seventh place with 147 points. He then performed fourth in the grand final where Nathan finished 16th with 93 points.

Performed 13th in the first semi final and qualified for the final in fourth place with 231 points. Cesár then performed fifth in the grand final and finished in third place with 342 points.

Performed ninth in the second semi final and failed to qualify for the final, coming 17th on the night with 21 points.

Our team have all ranked Austria’s entries. Here are our favourites and a few words on them!

Now you’re probably thinking, why would Connor rank a song that placed second to last in its semi final over a Eurovision winner? Well, the reason is that Paenda was robbed, and I feel that Limits honestly could have won the 2019 season. This song is raw but full of passion, it’s simple but so complex, and that staging made me cry during the semi final. I’m never going to forget this one.

Austria has sent some absolute garbage this decade (e.g. the cringeworthy Trackshittaz), but the two times they sent some quality they were rewarded, with Conchita Wurst’s winning “Rise Like a Phoenix” and Cesar Sampson’s 3rd place “Nobody But You.” And what a winner the anthemic “Rise Like a Phoenix” is. The best winner of the decade, straddling the transgressive and the traditional, celebrating the triumph of an outsider community and its struggles while excelling in a classical format and winning over those who had trodden on them. “Rise Like a Phoenix” will remain one of Eurovision’s most important winners for decades to come.

Austria have given us two of my personal favourite Eurovision entries ever. “Nobody But You” and “Running on Air” are both amazing songs in my opinion, but I’ve gone for “Nobody but You” here. Cesar is an outstanding vocalist and the song is a beautiful mix of soul and modern pop music. I really enjoy this one. I was delighted when I saw this one topping the jury votes. It really deserved it’s place in the top 3 overall.

I wasn’t the hugest fan of Cesar’s song, so does this choice even really surprise you? To me those are the only 2 great entries that Austria put out these years. Most entries have been rather bland and mix into the background. “Rise Like a Phoenix” is just a grand song with a phenomenal staging. Definitely a deserving winner and of course my number 1 for Austria.

Yes, Conchita was iconic, and I personally thought Nathan Trent was criminally underrated in Kyiv. But for me, I have to go with Trackshittaz as one of my favourite entries of 2012 and the standout for Austria. It was fun, tongue-in-cheek, brought us a new flavour to the contest and still stands out all these years later. I can understand why people disliked this one, but as a champion for the alternative, different attempts in Eurovision I’m still rooting for this ass-shaker!

Unpopular opinion when this is up against “Rise Like A Phoenix,” but one year later, this song still gets heavy airplay on my playlist whereas Conchita was a wonderful moment in Eurovision lore that remains in the past.

Our team have scored all the songs from Austria Eurovision style. Let’s see who the ESCUnited team’s winner is! It was close between Austria’s two most successful entrants of this decade, but it is in fact Cesár who triumphs over Conchita in our team! But do #YOU agree? Time for your say!

In the poll below #YOU can vote for your favourite Austrian entry from this decade! Check back on Wednesday to find our your winner as we review the entries of Belarus.

What do #YOU think of Austria’s entries this decade, and this series as a whole? Get in touch with us by commenting below, posting on our forum or visiting our social media pages @escunited!