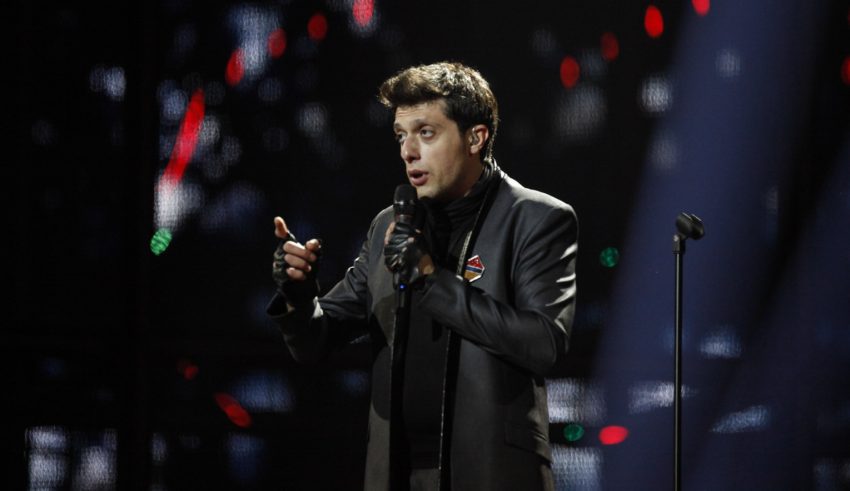 Welcome back to Eurovision this decade, a series where we look back at the amazing decade just gone and give you our thoughts of each country’s entries. Today we will be looking at Armenia, but first let’s take a look at who #YOU voted as your favourite Albanian entry of the 10s?

In first place, it’s Eugent Bushpepa with Mall from 2017! The epic rock ballad in the local tongue enthused 29% of our voters and takes the title for Albania. Second is 2012’s Rona Nishliu with 21%, and third goes to this year’s entrant Jonida Maliqi with 17%. Now… on to Armenia!

Armenia have competed in nine of the ten contests this decade, deciding to withdraw from the contest in 2012, and have had a wide variety of entries. Let’s take a quick look at Armenia’s track record and then we’ll get into the rankings!

Performed second in the second semi final and qualified for the final in sixth place with 83 points. Eva and her team then performed 21st in the grand final and finished seventh with 141 points.

Performed fourth in the first semi final and failed to qualify for the final in 12th place with 54 points. Armenia would not participate in 2012.

Armenia returned in 2013 and performed 11th in the second semi final and qualified for the final in seventh place with 69 points. Dorians then performed 12th in the grand final and finished 18th overall with 41 points.

Performed first in the first semi final and qualified for the final in fourth place with 121 points. Aram then performed seventh in the final and finished fourth again with 174 points in total.

Performed second in the first semi final and qualified for the final in seventh place with 77 points. Genealogy then performed sixth in the grand final and finished 16th overall with 34 points.

Performed seventh in the first semi final and qualified for the final in second place with 243 points. Iveta then performed 26th in the grand final and finished seventh overall with 249 points.

Performed 16th in the first semi final and qualified for the final in seventh place with 152 points. Artsvik then performed fifth in the grand final and finished 18th with 79 points.

Performed 16th in the first semi final and failed to qualify for the final finishing 15th with 79 points.

Opened the second semi final and failed to qualify for the final, finishing 16th with 49 points.

All of our team members who ranked the entries also said a few words on their personal favourites and why they are where they are. Here are our favourite Armenian entries of the decade…

This wasn’t an easy choice for me, because I love “Fly with Me” so much, but I have my wits about me and know it’s not a match for “Love Wave.” This song is straight up eternal and honestly the most modern song we’ve seen from Armenia (in my opinion). This is an iconic performance from the 2016 contest, and I love everything this song offers. It’s got a killer introduction, an alluring staging, a scandalous bodysuit, and then that hologram moment. Honestly, this song has it all.

Aram MP3’s “Not Alone,” like his name, teeters on the brink of ridiculousness and outdatedness with its blend of strings and dubstep. But it works, somehow. Armenia seems to be the Eurovision hipster’s choice, but apart from Aram Mp3 I have not been sold, with most of Armenia’s entries suffering from one significant flaw (such as Srbuk’s jarring and confusing empty stadium moment in “Walking Out”). “Not Alone” does not have one of those moments. They kept it simple here and benefited with their joint-highest placement yet.

The mix of ballad and dubstep here is just genius. Aram Mp3 is a great live performer and made this song one of the true highlights of the 2014 contest. The ballad opening is soft, and it slowly builds up to the epic climax the song is remembered for. I’m so happy this did so well. It really deserved it and its quite rightly Armenia’s best performing song ever, tied with their 2008 entry.

Aram gave us an incredible song with an amazing build-up. He showed us that you can use dubstep in a Eurovision song and make it do well. Mix in his incredible voice and you have this amazing song.

This just had everything; a charismatic performer with a powerful stage presence, a mysterious intrigue, fantastic camerawork, ethnic elements and, most importantly of all – it slapped hard! Iveta brought a real spark to Stockholm with her LoveWave and there’s no comparison from Armenia in this decade. Iconic.

We as a team have all voted Eurovision style with Armenia’s entries and given 12 down to 2 points for their nine songs. But who was our winner? Find out below… What do #YOU think of Albania’s entries this decade, and this series as a whole? Get in touch with us by commenting below, posting on our forum or visiting our social media pages @escunited!