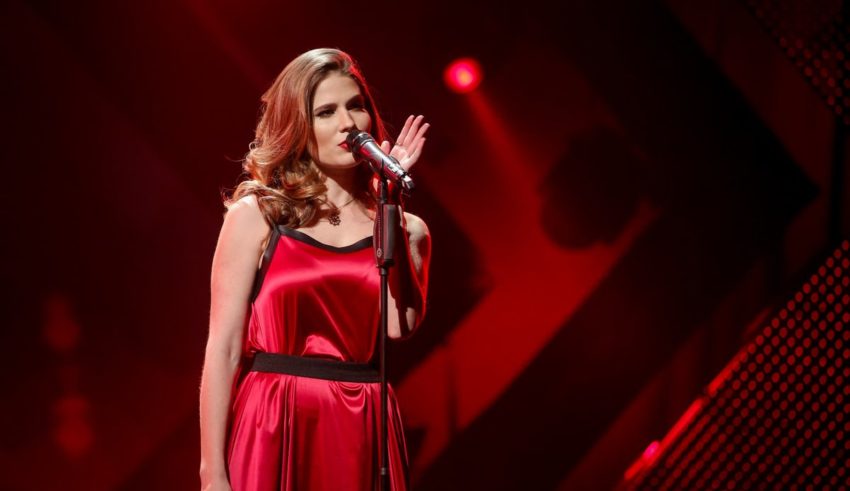 Eurovision is commonly not considered to be “mainstream” event – that is to say, Eurovision entries are usually not considered popular outside of the event itself. But one thing the contest is good for is jumpstarting the careers of Eurovision artists. Just look at the success Loreen, ABBA, Eleni Foureira, Dami Im, Celine Dion, Conchita Wurst, and so many other Eurovision stars who have become global sensations.

But this isn’t news worthy information…right? Well spoiler alert, a Eurovision alumnae just had her career jump started. Latvia’s 2018 representative Laura Rizzotto was invited to join the Grammy Recording Academy earlier this month, which unites the most respected artists, composers, sound engingeers and producers in the musical field together in one place. This academy in responsible for the Grammy Awards every year, meaning that Rizzotto will play a part in deciding who is nominated each year, who wins the coveted Grammy, and recommend new members for the Recording Academy itself.

The Grammy Awards are split between two types – the main awards show and the Latin Grammy Awards that honor musicians in Spanish and Portuguese speaking countries. The latter awards are organized by the Latin Recording Academy, seperate from the academy Rizzotto will participate in.

Sitting on the academy also allows Rizzotto to participate int he Grammy U program, an educational project that supports young people getting the opportunity to participate in the music industry. The other project the academy runs is MusiCares, a charity organization that provides critical assistance to musical artists experiencing financial, medical, or personal emergencies.

Eurovision and the Grammys

Only two songs were considered “mainstream” enough to be nominated for a grammy award: Italy’s 1958 entry “Nel blu dipinto di blu” commonly refferred to as “Volare” and the UK’s 1996 entry “Ooh…ahh…Just a Little Bit”. While Gina G did not win the Grammy for Best Dance Recording in 1998, Domenico Modugno took home the award for Record of the Year and Song of the Year in 1959 – and is the first winner of the Song of the Year award to boot!

We are excited to see what this invitation means for Rizzotto’s future, and we can’t wait to see what she does with the opportunity!

Are #YOU excited about Laura’s new accomplishment? Let us know in the comments below, on social media, or on our forums page!