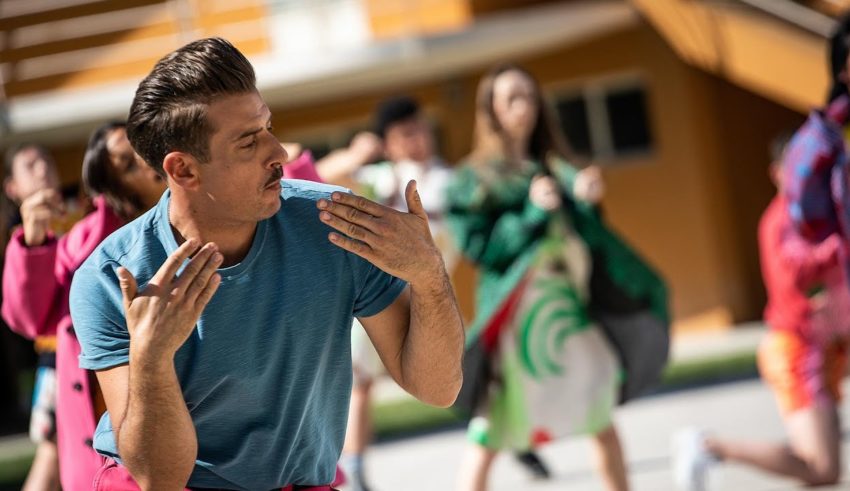 Because of Coronavirus I have not kept up with the New Music Roundups, and for that I apologize. However, I refuse to forget about the great songs we got back in May and June! So to give them the spotlight they deserve, I will be combining them into a three part series – May, June, and July releases all mixed together for a brilliant week of new music.

The complete Summer Jam Roundup will contain all of 120 songs released since May, and features artists from 41 different countries. That is a lot of music for a pandemic!

Fans of Little Big have known about this release for a long time, as it was released just before Eurovision was supposed to happen. The music video features all of the Little Big staples – a crazy dance, a wild story line, and a memorable chorus. To add more humor the crew encounters “The Hatters” who are actually their Eurovision backing vocalists. It seems that Little Big just got a little bigger.

Sertab’s new release from June celebrated and encouraged female empowerment and civic agency all in one. From lyrics such as “Open the light, set up your own stage” and “Announce your noise, destroy the order. Don’t keep quiet, show up” it was clear what her message was – lift your voice and disrupt the power. You’ll also notice the use of a cheetah throughout the music video, which is likely a symbol of female potential and power (if you didn’t know, female cheetahs much like lions are the primary hunters for the pack).

Ruth Lorenzo is a master of Spanish ballads, and her song “Miedo” or “Fear” showcases that talent perfectly. The song focuses on how fear has controlled and dictated her life for so long, but she won’t allow it any longer. In fact the opening lines of the chorus say “Dear fear, no, no I’m not afraid of you anymore, not anymore.” For those who are currently living in fear or scared of something, this song is for you.

This zany brother and sister combo have released another single which is full of 80’s references from high school gym class, and prom. You may be wondering what “Pubertet” means in Bosnian….and you’d be right if you guessed Puberty. This song is full of the driving rock beats associated with the band, and as always Mirela is responsible for the choreography – but you will see Laka stretching….a lot.

The Italian star is back with another hit off his new album “Viceversa” and boy is it a HIT. Fan’s of “Occidentali’s Karma” will likely love this song, as they have very similar driving guitar arrangements, fast Italian lyrics, and Gabbani’s fantastic dad dance moves. The title loosely translates to “The Sweat Appreciates Us”, and over here in the United States sweat is definitely a common experience. Sadly we don’t have such colorful and flashy outfits.

Estonian singer Ott Lepland has not released any music on Youtube since 2019, making “Lootuses” his first release in 2020. In traditional Lepland fashion, he delivers a powerful and emotional performance through his powerful rasp, vocal skips, and at one point a smoking piano. The lyrics of “In the Hope” (in English) reveal the song is about someone who has left and broken his world, but he waits for their return as everything fades into the wind.

Kristian has been busy during the pandemic, releasing his new EP Mood and three accompanything lyric videos to accompany them. The video for “Things I Like” features a chemical storage area of Kristian and Co. Pharmacy, which transitions into a psychedelic trip at the chorus. While the track itself is rather laid back, it is definitely one that belongs on your regular playlist.

What do #YOU think about these releases? Which one is your favorite? Let us know in the comments below, on social media, or on our forum!