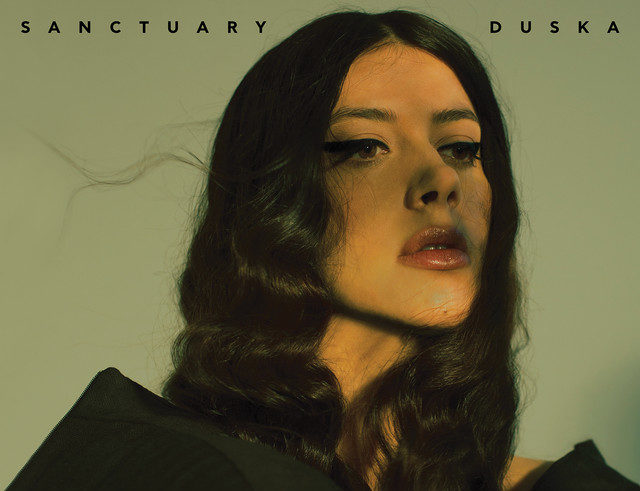 In a world where fear and isolation has run rampant and Eurovision has been cancelled, music can provide so much more than simple entertainment – now more than ever it can create community, comfort, distaction, and most importantly conversation points. For all of these reasons I have decided to reinstate the music roundup 3 months earlier than usual.

Due to the trend of social distancing and shelter in place for many countries, the number of releases have been slow to say the least. On average an edition of the music roundup would feature anywhere from 3o to 60 tracks in any given month. At the current moment we only have 13 releases from the month of February and 29 from the month of March. But don’t let this low number fool you, each one of these tracks possess something special and so we’ve included every single one.

It seems that the women of Hurricane got some inspiration from the numerous songs being written about Coronavirus – especially from fans of Carbi B. For those who are worried about the wellness of the girls, this was shot prior to the lockdown of European countries and posted on March 29th. The song carries a rather steady beat and features numerous shots of the girls outside, landscape aerial views, and shots of people enacting social distancing. The song and video are dedicated to those who are being deemed as “essential” workers all over the world.

Loïc can do no wrong when it comes to music. His new release “Heartbreaker” maintains the smooth groove feeling of many songs from the 80’s but with a modern twist on the track. That’s not the only nod to the 80s that show up in the song – as Loïc has many classic dances in the music video’s choreography such as the point and slide in the chorus. The video ends up in a stereotypical 80’s styled prom room for the final chorus and ending bridge, complete with tinsel, balloons and a punch table.

Latvia’s very own Aminata is back at it again with her new single “Nejauc man prātu” which stays true to her electro-pop vibe. Aminata went for a subtle music video styled within an empty gray building, while her and her band are dressed in entirely red outfits. Despite this song coming out over a month ago, it has been playing on repeat at my house.

Katerine has released her first single since her participation in Tel Aviv, and it’s quite the track. The song is definitely a radio friendly hit – filled with intricate vocal work, an interesting melodic line, and as always the beautiful timbre of her voice. This song is a secret bop that you likely didn’t know existed, but it’s definitely worth a bit of your time.

The release of this song was eerily timed to say the least. Released on February 13th – the music video for “Virus” features the word in numerous languages swirling around a virus nucleus. The song itself is entirely in Russian and features a track that can easily be categorized as easy listening.

Looking for something to turn up the party at home? Well look no further than Aram MP3’s new release. The track features a catchy beat that is perfect for dancing alone or with your family – as long as you’re 6 feet apart. The music video is a complex package of visuals from a nice car, katana swords, smoke, gas masks, and a red leather chair.

Zala and Gasper of Slovenia have released a brand new music video for the song Box. The music video is extremely dark natured, showcasing the two of them “enjoying” life together as a couple but clearly faking their smiles due to the lyric “You’re the reason for my sadness”. The video culminates with Zala effectively poisoning Gasper and after the act being much more satisfied with life.

Belgium’s 2017 star Blanche has surprised us with not one but TWO releases in the past 60 days. “Empires” carries a very similar aura to her Eurovision song “City Lights” but without the pop beat track underneath it. This track is much more subdued and peaceful, perfectly complementing the darkness surrounding the melody and imagery of the music video. The music video also features 14 avante garde dresses, which we can only assume were made specifically for this video.

What do #YOU think about these new hits? Have any made their way onto your playlist? Let us know in the comment below, on our social media, or as always on our forum!