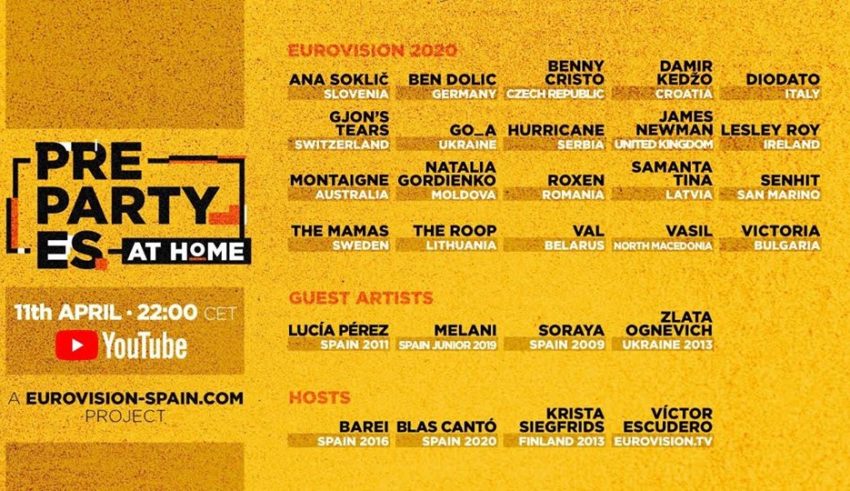 It is becoming more and more common for artists to post home concerts on social media and youtube to entertain their fans during the pandemic. The Spanish have decided that this is not enough and have decided that Pre-Party ES will happen completely online and for free.

The concert was originally scheduled to take place this upcoming weekend in Madrid and had contracted 20 Eurovision 2020 artists to perform. However, on March 13th it was announced that the show would have to be cancelled due to the growing pandemic sweeping the world. The organizers have been busy preparing this at home experience for fans and securing 20 artists from the 2020 season, four hosts, and four guest artists from Eurovision’s past to join them.

The line-up for tomorrow is:

The show will take place on their YouTube channel and begins at 22:00 CET. You can set a reminder for the show or watch live from the video link below!

Will #YOU be watching the Pre-Party ES show tomorrow night? Let us know in the comments below, on social media, and on our forum!