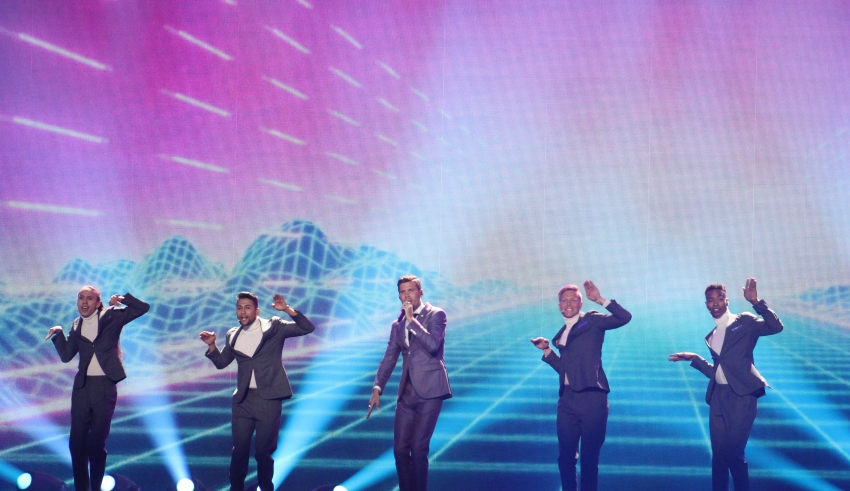 At the press center and inside the arena, we have had the pleasure of watching the first and second rehearsals of the first semi-final acts.

DISCLAIMER: These are our predictions!!! This does not reflect our personal taste or represents the team of ESC United.

Interestingly enough, although Sweden was only the top pick by two members, overall in the team prediction, it is our first place.  This is especially interesting given that it is the first country to perform in the Semi-Final.  Three of the team put Finland in first, whereas two of us put Azerbaijan in the lead.

Also noteworthy is the drop in Belgium.  Once the frontrunner, our team believes there has been a fall from grace. We have it squeaking into the finals, although three of us had Belgium not qualifying. Moldova just misses out, even though five of us individually predicted they would qualify.

Finally of note is the Czech Republic, who is last in the team prediction and among five team members.  After qualifying to the final for the first time ever in 2016, we believe they will be relegated back to the Semis this year.

In reality, what is just as important, if not more, are your votes as members of the televoting audience. What do you think?  Let us know on the forums!

Stay tuned for the upcoming readers Poll where you get to pick your Top 10 and predicts who qualifies and who goes home.