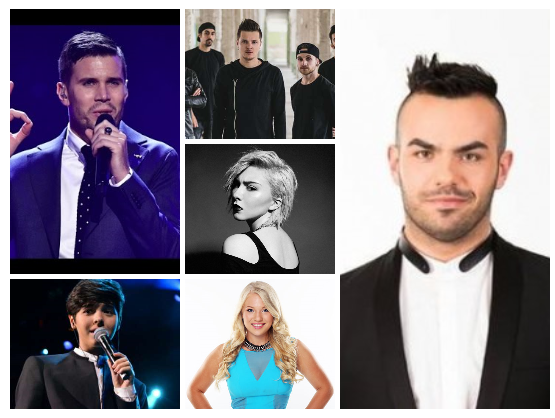 We asked our readers yesterday to eliminate two songs and the unlucky ones are Poland in SF1 and Germany in SF2. They have been eliminated from the game leaving 31 songs in the running.

Semi 1:
Three familiar faces are nominated. Montenegro, Azerbaijan and Sweden have been all on the block before and they are facing elimination again. One of them is going home, and it’s your call. Cast your vote in the poll and vote for the song you want to kick out of the game.

Semi 2:
Bulgaria’s second time on the block, apparently not a favorite with the ESC United folks but it’s not over yet. Denmark and Ukraine also are on the block, it’s their first time in danger of being eliminated so we will find out soon if they have what it takes to make it all the way. Please cast your vote in the poll for the song that should be eliminated from the game.