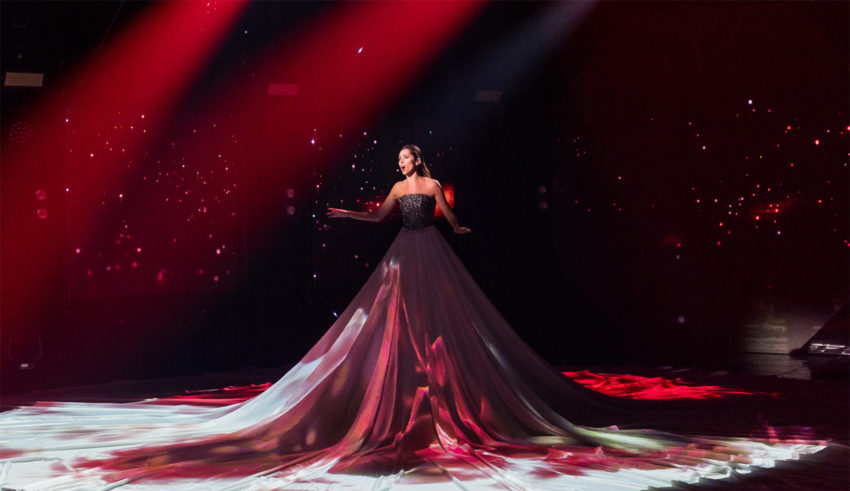 Last week the Estonian opera singer Elina Nechayeva sat down with the Estonian broadcaster ERR to talk about her participation in the Eurovision Song Contest: The Story of Fire Saga movie. As you likely know by now, Elina appeared in the mash-up performance alongside a plethora of Eurovision stars. Her scene in particular put her next to the winner of Eurovision 2014: Conchita Wurst.

In the interview with ERR Elina admitted, “When I watched the film, I remembered the feelings of participating in the competition. It wss so interesting! At some point I thought I would not write a song this year. [But] now I am working on an album. Maybe, maybe some song will inspire us so much that we will send it to Eesti Laul.”

Have you seen already “Eurovision Song Contest: The Story of Fire Saga” @netflix and our song-along?🤩✨

She also opened up that she was suprised to be invited for the film at all. She mentioned that when they reached out to her via email she thought it was a practical joke. “I was honestly surprised that they invited me there. I thought they would invite all sorts of Eurovision winners. Apparently Will Ferrell liked my performance at Eurovision and so did the director of the film.”

The stunning soprano took the 2018 contest by storm with her pop-opera song “La Forza”, ending in 8th place overall with 245 points. She also made a massive statement with her massive projection dress that covered a fair portion of the main stage.

Elina also took part in a mash-up of the film’s song “Volcano Man” which featured Dadi Freyr, Jamala, Alexander Rybak, Anna Obobescu, and Schooch. While the other artists did at home covers, Elina decided to produce a full-on music video for her cover.

In the coming weeks Elina will resume reheasals for “My Fair Lady” set to open in the Russian Theater later this year. What happens after that? Only time will tell.

What do #YOU think? Should Elina conisder a return to the contest? Let us know in the comments, on social media, or on our forum!