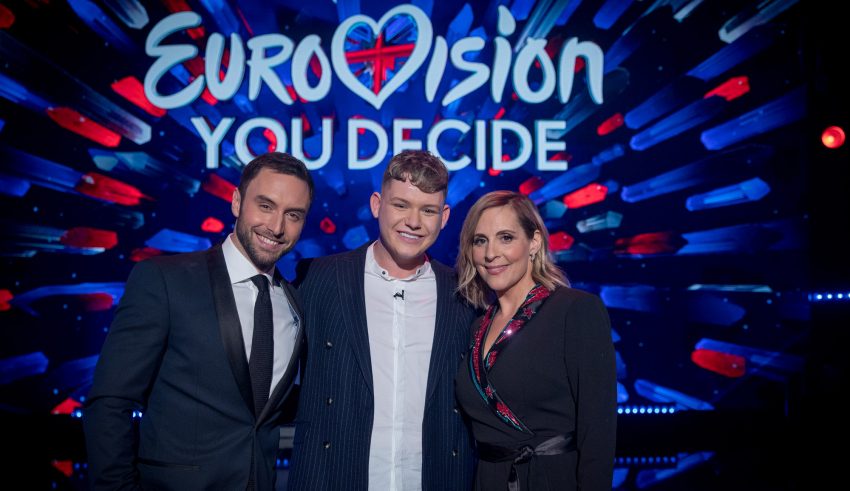 This editorial expresses the opinions of the writer and does not reflect the views of our other editors, ESC United or the EBU.

I’d just like to put a disclaimer out there. This is in no way an attack on the BBC, any of the artists who have represented the UK at Eurovision or Eurovision as a whole. It’s simply a disappointed fan willing his country to do better and try harder.

So, a few weeks have passed now since Eurovision 2019, and the UK’s dismal finish. Michael Rice and “Bigger Than Us” finished last on the night with just 11 points, adding one more poor result to our collection that seems to be building more and more as the 21st century rolls on. And as a Brit I’ve got to the point now where I just expect the UK to finish low on the scoreboard. It’s become second nature now.

But honestly, I’ve had enough of feeling like this. I’m sick of always expecting a mediocre result and being happy with something that isn’t the bottom 3. The UK has one of the most successful music industries in the world and because of the way Eurovision is portrayed in this country, none of our more successful artists have any interest in representing us.

I feel if the broadcaster or delegation wants it enough, any country could win Eurovision. The last three winners are a testament to that. Portugal, Israel and the Netherlands all struggled to succeed in the years leading up to their victories but with the right song, at the right moment with the right staging, it all came together for them.

The UK has an illustrious history in the competition, but that’s all it is, history. It means nothing in the modern day how many times we have won. Since the turn of the century we have come in the top five twice in 20 years and both of them were over a decade ago now. We have also finished last on four occasions, more than any other country in the 21st century and have finished in the bottom five an embarrassing 11 times! In this editorial I’m going to be looking at the five main problems we have when it comes to the contest and what the BBC and the UK delegation can do to stop the UK being the joke of a country it is currently at Eurovision. And trust me… there is a lot to fix.

The public opinion and the over-reliance on history…

I’m not going to put this one lightly, the general opinion on Eurovision in the UK is appalling. Many Brits see Eurovision as a gay pride event and that European politics are at the centre of it all, when yes, there are some political votes in Eurovision but it’s nowhere near as bad as some Brits make out. These borderline homophobic and xenophobic views just highlight how ignorant some people in this country are to Eurovision and in turn makes it a laughing stock among the general populace.

However, the BBC seem to be making no effort to change this opinion, instead just reminding us of “the good old days” where we used to do well at Eurovision. This over-reliance on what we did decades ago feels borderline arrogant and egotistical and the sooner we come into the 21st century the better.

Unfortunately, there isn’t a lot people can do to change the general opinion of Eurovision but what the BBC can do is actually come into the 21st century and give Eurovision the respect and airtime it deserves. (I’ll get onto that in more detail in a bit). If we start to prove to the UK public we could actually win again, people’s opinions may begin to change…

Lack of care and enthusiasm from the BBC Across Europe, Eurovision is massive in so many countries, whereas here it gets barely any attention whatsoever. To me, it seems like the BBC are just going through the motions year after year with no intent to actually do well, also, they don’t even seem to care what their viewership for the show is… In some countries you’ll find their national finals on their number 1 channel on primetime Saturday night telly. But not in the UK, ladies and gentlemen.

If we’re lucky, we’ll get our national final on a Friday Night on BBC Two (the second channel to BBC One). There was even one occasion where it was shown on a Wednesday evening on BBC Four! The Semi-Finals of the contest itself are also shown on BBC Four, with no advertisement for them at all. The Final itself receives a little 20 second advert and that’s about it. And the artist representing us may also get a 5-minute segment on the Graham Norton Show (our commentator, for those who don’t know).

As a British Eurovision fan, it just feels like the BBC doesn’t care about any of it and they’re doing it more because they have to. It would be so easy for them to fix this. Just give Eurovision the airtime it deserves. Make a big deal of our selection, get people excited for who will represent us, advertise the shows properly, give the general public more visible access to the semi finals as well as the final. Be proud of it and our entry! It really isn’t that much to ask for.

This is one of the things that really needs improving. Since Eurovision: You Decide began in 2016, 21 songs have competed in the show. An exact total of 1 had been written by the artist who performed it. 11 of the songs have been written in some part by Scandanavians, predominantly Swedes. It just feels like the BBC are afraid to let the artists perform their own songs or songs that were written specifically for them.

A song representing the United Kingdom should be from the United Kingdom, not a product bought from Sweden. Why should we settle for a Melodifestivalen reject when our music industry is arguably more illustrious than Sweden’s? Again, it just shows the BBC’s lack of care for the contest and wanting to get it over and done with every year.

This is also very easy to rectify. Just select some artists and then give them time to either work on their own song, or work with songwriters and composers to create something that feels authentic to them and authentic to the UK. SuRie herself has confirmed she wanted to write her own song instead… Come on BBC… put some trust in the UK music industry and stop bottom-feeding from Sweden!

The “You Decide” Show Don’t get me wrong, it’s good that we have a national final in the first place, but the way it’s handled sometimes is just stupid. This year for a start we had two people singing the same song, a panel telling the public who to vote for and yet again the BBC ramming history down our throats.

The actual format of “You Decide” before 2018 was okay, but again it was very low budget and it seemed like the BBC couldn’t be bothered with it. They included panels of people who aren’t really qualified to be critiquing music… Rylan literally made his career from acting as a novelty act on the X Factor – that is the calibre of judges we have on our Eurovision selection show.

Also, the BBC do not release the results of the show in any capacity. No one ever finds out who comes second, third, etc. There needs to be transparency. The BBC is often hit with fix claims, but they wouldn’t be if they actually let the public see how well each performer did… The BBC are reluctantly forced to do it for Eurovision so why shouldn’t they do it for everything else? It isn’t right and that needs to change.

Again, this is an easy thing to fix. Get rid of the panel altogether and get a number of artists to sing their own work and let the public impartially select which one they want to see in Eurovision. Then release the results so people can see that their vote actually meant something. Come on BBC, all of the things I’m saying to you in this editorial would not be hard to do…

Blaming everyone but ourselves for our poor results

This is just tragic, let’s be honest. The fact we do poorly isn’t because of Brexit. It’s not because of politics, it’s not because people have personal vendettas against the UK. It’s because the BBC does not put enough effort it. Our performance then ends up drifting into the background and the general public of Europe vote for other songs that capture their attention more.

Both the artists and broadcaster need to hold their hands up and take responsibility. Going around blaming everything from Brexit to the running order like petulant children is just tragic, and makes the contest even more of a joke in this country.

All I’m asking is for the BBC to actually acknowledge that they are getting it wrong and to take steps to try and improve it. It isn’t fair for them to just expect people to vote for us without doing anything to justify it.

I feel bad that I’ve had to simply throw shade, upon shade, upon shade in this editorial but I had to get the point across that the United Kingdom CAN win Eurovision again. It will just take a bit of effort and a bit of enthusiasm, two things non-existent in the UK Eurovision team at the moment.

I really don’t expect it, but I really hope someone from the BBC’s Eurovision team sees this and actually does something about the mess they’ve got themselves in. I’m sick and tired of always having low expectations for my country and it would be a dream come true if that could change next year. I love Eurovision and the fact it’s not taken seriously in my own country is really dis-heartening.

That is what I think about the UK at Eurovision, but what do #YOU think? Is there anything else the BBC could do to do better? Did Michael Rice deserve last place? Was I too harsh on the BBC and the UK delegation? Let us know by commenting below, or on our forum, or getting in touch on our social media pages.