Home Editorials “Why Didn’t They Deliver Live?! They Did in the National Final!” 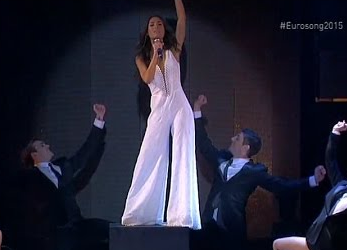 Leading up to the Greek national selection in 2015, I was drawn to Thomai Apergi’s “Jazz & Sirtaki,” a lively play on Greek folk music, predicting that she could walk the national final if her vocal on the night was even competent. It was not. Greece chose Maria-Elena Kyriakou’s “One Last Breath,” perhaps a less exciting song but better presented for an audience hearing the songs for the first time. As I watched Maria-Elena Kyriakou deliver a fine vocal performance at Eurovision but give Greece only their third non-top-10 in the semifinal era, I wondered what might have been if Greece had chosen otherwise. There are countless other instances like this where a national final spurns a competitive choice of song for a strong live performance, only to be ignored, as with Greece in 2015, or to have the same vocalist who delivered in the national final implode, as with “Unbroken” in 2015 and “Sing It Away” in 2016.

So how can countries account for the differences between how performances sound in the national final and how they might sound “on the night?” Georgia solve this problem with studio version-only national finals, where viewers vote exclusively on a playback performance. Though not hearing how songs sound live does carry its own version of risk, the strategy has yet to backfire. Malta introduce the audience to the songs on a television show with high viewership and also have a two-night national final with very few eliminations on Night One. This keeps the audience familiar with the studio versions and gives an idea of what performers are capable of live without putting too much pressure on a single performance. Without that familiarity, an audience can hardly be blamed for picking what sounds the best the first time they hear it.

This format might create a more accurate picture about which songs can be performed well live. But it does carry implementation problems, including a national final needing to be a draw for high viewership. In countries that have that luxury, though, maybe it’s worth a try.