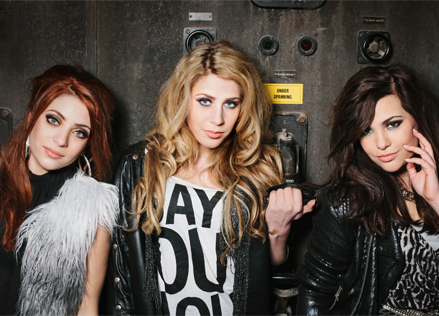 It’s official! The Dutch pop group O’G3NE will represent their country in the Eurovision Song Contest, held in Kyiv next May. Sisters Lisa, Amy and Shelley were internally selected by broadcaster AVROTROS.

Some Eurovision fans might already know the trio. Back in 2007, the trio represented the Netherlands in the Junior Eurovision Song Contest with their song “Adem in, Adem uit” (Breathe in, breathe out) which earned them an 11th place. Ten years later and all grown up, they will now participate in the adult version of the contest.

After their JESC participation, the girls scored a few hits but went under the radar afterwards. They stepped back into the spotlight on 2014, when they competed on The Voice of Holland. It was here where they first performed under their current name O’G3NE. Eventually, the girls went on to win the show with their single “Magic”.

So what can we expect? I would say there’s a big possibility the girls of O’G3NE will come up with a catchy pop song to sing in Kiev, as this seems to be what they’re the best at. But for now, we will have to wait and see.