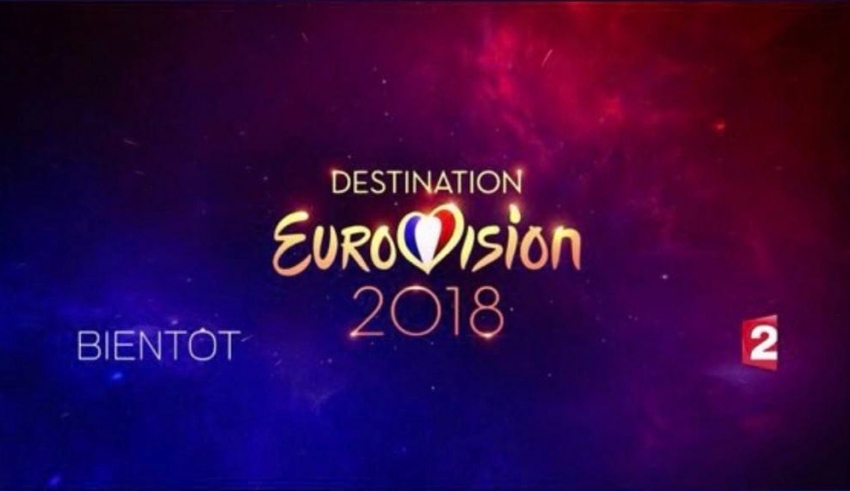 Tonight’s French final is certainly a hype moment in this Eurovision season as we finally have another entry to digest, crucify, praise, react to… and much more!

As Eurovision fans first and foremost it’s safe to say we often have strong opinions on the potential songs that will make it to the contest and with the French selection it is no different! Our co-editor in chief Sean alongside our editors Stefan and Zack and social media manager Connor took a look at the French contestants – what did we think of the choices?

Sean – 8 points “Seems to be getting a tough time on forums and social media for what is an infuriatingly catchy and pleasant pop song. Maybe there isn’t enough to stand out in Lisbon and the vocals could be better but it’s one for summer rotation!”

Stefan – 5 points “I like the music, but his voice is something that just feels ordinary, though the ‘rap’ parts are quite good. The overall impression is just flat. I think he needs more energy.”

Connor – 5 points “This was another surprise for me, as it was rather forgettable in the first semi-final for me. There’s nothing specifically wrong with it (despite the fact that it took Ehla out of the final….) but it doesn’t flow as well live as it could I feel. It’s a very safe song, and Eurovision isn’t a place for safe songs. But, that rap section is killer so he gets some points for that!”

Sean – 5 points “Like a more generic version of Louka’s entry so I’m surprised this finished higher in his semi-final. Certainly not a bad song in any sense but there is no lift, no sense of build to this entry and it would dissapear in Lisbon.”

Stefan – 3 points “Another flat song and performance. Plus he is suffering from stage fright and his voice breaks a couple of times during his live performance. Manel Navarro and Isaiah say hi!”

Zack – 7 points “Decent song. I feel there is not the “oomph” that Amir and Alma provided in their entries though.”

Connor – 6 points “I’ll be honest, I didn’t expect to fall in love with this as much as I do, and I can understand how he placed so high in the second semi-final. For an artist who mostly covers songs on YouTube and for being so young, he’s got a lot of appeal, but this song doesn’t have a lot of pull to it. It’s a great radio friendly song to listen to at work or on the road, but I don’t think this would get the French back on the left side of the final.”

Sean – 8 points “A major grower for me. Emma’s a fierce performer who really brings this song to life and offers something unique compared to her other rivals. The song’s structure is perfect for hyping up the audience. Surely one of the contenders for the French ticket to Lisbon.”

Stefan – 8 points “Now this is something! With such a simple performance she owns the stage! This is how you do it! The song is good, I could say very good, and she made it even better.”

Zack – 7 points “Had high hopes but felt the song was missing much of a melody. It will require a couple more listens for me to appreciate this song, but many watching Eurovision will have their first exposure to this song in the Saturday final.”

Connor – 8 points “If Madame Monsieur doesn’t make it to Lisbon, this is my back-up song, because of its swagger and jarring nature. She manages to entertain and maintain my attention, but all she’s doing is standing there for 3 minutes. The best part of the song is how the entire thing builds until the vamp into the final chorus. It’s genius work in my opinion.”

Sean – 7 points “Unusual for Eurovision but as I get songs like this recommended to me on Spotify ten a penny, I struggle to get excited for one of the major favourites… it’s a good performance for this type of entry but I think France have better options to stand out.”

Stefan – 2 points “Somebody please wake me up. I am sorry to say, but this is just dull. Even a flat line is more interesting. #YAWN”

Zack – 9 points “Instantly catchy, dreamy, I could see this being well received or simply ending up as a “fan wank” gone sour.”

Connor – 9 points “This is high favorite amongst the Eurovision fandom, and for a really great reasons. For starters it presents a very different French sound than in years past, and it’s one of the entries that doesn’t need much work. Overall it’s catchy, full of ingenious layering of musical composition, and something that could go over well in Lisbon with a small tweak.”

Sean – 9 points “If we put a shaky semi-final performance to one side (I feel he will do much better in the final) this is France’s biggest chance at standing out. A party stomper of a song that could take over European airwaves in the summer, it’s fresh, it’s current and it will bring the fun if chosen!”

Stefan – 5 points “What can you do if you have a bad song? Make a good performance! Thumbs up for dancers, thumbs down for the song.”

Connor – 6 points “I’ll be honest, Nassi’s qualification surprised me. He has an amazing voice and a great song that he composed, but his confidence was nearly non-existent in his performance. That aside, I actually love this song and the Stromae “Papaoutai” vibe it has. If he comes at the final with more confidence, I think he can be in the top 4.

Sean – 6 points “Another big favourite that leaves me cold. Lisandro is clearly one of the stronger performers and has a great stage prescence but this Running tribute act of a song doesn’t stir any kind of emotion in me and it doesn’t pack the power of the Hungarian classic.”

Stefan – 8 points “Finally! A male performer who has it all! The song, the performance, the voice. He doesn’t need dancers or backing vocals or a band on stage with him, as he can do it all. Well done!”

Zack – 9 points “The song does not do much for me but his performance and showmanship earn points and I think he would be likely to provide France its best result of the 8.”

Connor – 8 points “Lisandro’s song is one that I really enjoy for similar reasons as Mercy, it’s not a song with widely identifiable French roots, which could bode well for France if it goes to Lisbon. His vocals in the song are wonderful, and it would only be elevated with a larger stage show design. My only issue with the song is the unnecessary techno break towards the end of the song, as it distracts from the entire atmosphere of the song.”

Sean – 7 points “Wow! The most French song one could imagine! A clear outsider to win the selection but I love the pacing and the aura of this entry and Igit sells himself and the song well. Would it translate across Europe? Who knows, but if France want authenticity this is the one.”

Stefan – 7 points “I really like the concept and back drop. There’s just one thing. This song is more suitable to be featured in the sequal of Le Fabuleux Destin d’Amélie Poulain. I am also having 2009 flashbacks (Salut a Patricia Kaas).”

Zack – 6 points “Feels like a archetype French Eurovision entry, but pre-Amir. In other words, dated and not relevant to the current Eurovision viewership. Not that it’s a bad song, just not meant for Eurovision”

Connor – 4 points “I’ll cut to the chase, this song bores me and is giving me scary flashbacks to a French version of Spain 2010. Yeah, I went there. While it is a different song, and I appreciate that, this would sink in Lisbon and none of us want that after this national final”

Sean – 8 points “It takes some getting used to which doesn’t bode well for the three minutes Malo’ would have on the Eurovision stage, but what a special voice! A unique alternative performance with a fantastically uplifting entry that emanates positive vibes, despite the lyrical content.”

Stefan – 4 points “Glee producers called. They want their song back. Hahaha. I think he just got lost and somehow ended up in the final. Manel and Isaiah say hi again.”

Zack – 7 points “A lot of build-up that I am not sure will translate to the international Eurovision audience, but I liked this!”

Connor – 5 points “Don’t get me wrong, I really love Malo’ as an artist, but there’s something about this song that is wrong for me. I think it’s perfectly fine and sweet in the beginning, and then it starts to build and grow, which I absolutely love. But I feel as if the intent of the song and the actual performance start to slide past one another the further you get in the song.”

And our ranking for tonight’s French final is as follows;

So we think it should be Lisandro Cuxi or Emmy Liyana to Lisbon for France! But what do #YOU think? Let us know your thoughts below or join the discussion on our forum HERE and on social media. Don’t forget to vote in our poll for tonight’s show HERE!