Home 2018 Denmark: Rasmussen The Viking Will Travel To Lisbon! 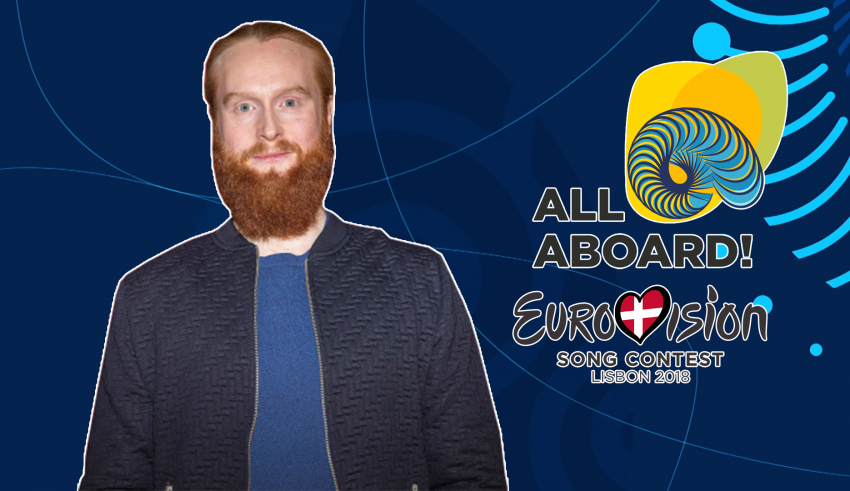 As we say in Denmark, Godaften Europa! Tonight was the grand final of Dansk Melodi Grand Prix 2018.

The show was hosted by the same lovely couple from last year, Annette Heick & Johannes Nymark. Together, they opened the show by telling us the history of the Eurovision Song Contest. We all know it by now very well, but you never know when someone new is watching.

Of course, it wasn’t all straight to the songs. We also had a few stories and videos about the Eurovision Song Contest and some talks with all the singers after their performances.

Before revealing the results, we got a fast Eurovision medley with both Annette Heick & Johannes Nymark performing multiple past Eurovision winning songs before letting Conchita Wurst taking the stage with “Rise Like A Phoenix”.

Who Decides It All?

DR, the Danish national broadcaster, decided that after last year’s success, that they’d keep the format from last year: 50% Televote and 50% Jury.

The jury, however, was made up of Eurovision fans from Denmark, with the idea of these people having a better knowledge about the show in general.

The jury consisted of these 5 individuals:

A fast fun fact, Christian Kaad, one of tonights jury members, is also part of the escYOUnited team. Now how cool is that?!

Back to the show anyways, the winner was decided over 2 rounds of voting. The 10 finalists first fought for 3 spots in the Super-Final. Afterwards, an overall winner was decided from the 3 songs. Both the jury and the televote decided in both rounds.

As mentioned, first we had a Super-Final, where 3 songs fought for another chance at performing, and these 3 got the chance:

After the 3 lucky Super-Finalists had their go once again on the stage, a winner was decided. These were the final combined results:

Denmark will now try to conquer European hearts in true Viking style, since Denmark will be represented by Rasmussen and his song, “Higher Ground.”

Denmark will participate in the first half of the second semi-final on the 12th of May in Lisbon.

Can #YOU see Denmark finishing in top 10 in Lisbon, and what do #YOU think of this years Danish song?