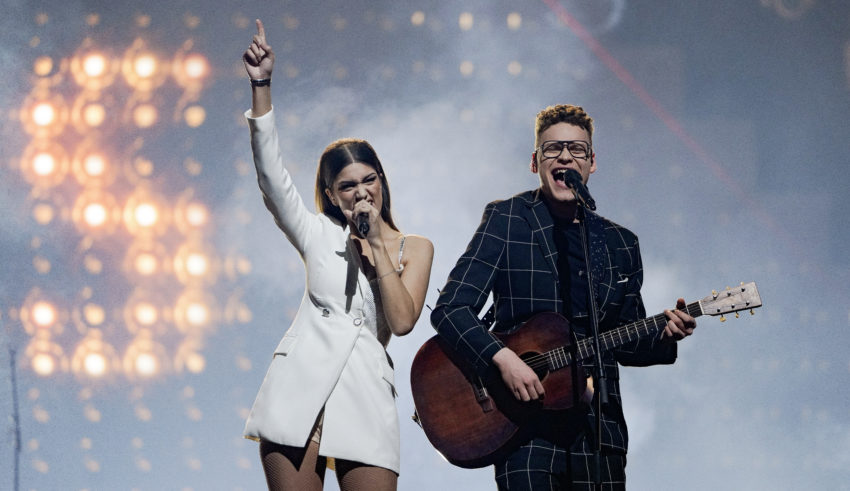 One of the national finals left for the final weekend was the Danish one. Leading up to the event there were a lot of insecurities with the outbreak of the Covid-19 Virus. The broadcaster decided to ban the public into the venue to avoid any spreading of the virus which made for an odd sensation seeing the acts perform in an empty venue.

Anyways, the show must go on and the competing acts were:

The acts with * qualified from a preselection, where the other 5 were handpicked for the show beforehand. The show went on as planned, but the acts did feel a little bit odd having no audience at all.. It is what it is and it didn’t stop anyone from giving it their all to win the show. The ones that were in the arena were the judges of the show: Pelle Peter, Cutfather, Ida Corr, Pilfinger and Nicolai Molbech were the ones giving the points as “The Jury” part of the votes. The people at home also had their say and the three acts making it through to the superfinal were: Sander Sanchez with “Screens”, Ben & Tan with “Yes” and Emil with “Ville ønske jeg havde kendt dig”!

The 3 acts performed again and then it was waiting for the final results again! They dived straight into the results and Ben & Tan were announced the winners and will perform their song “Yes” in Rotterdam!

You can listen the song and watch the performance here:

What do #YOU think of “Yes”? Do #YOU think Denmark made the right choice or would #YOU have preferred another winner? Let us know in the comments below, in our forum, or on social media.

Italy: Sanremo kicks off its 2021 festival!