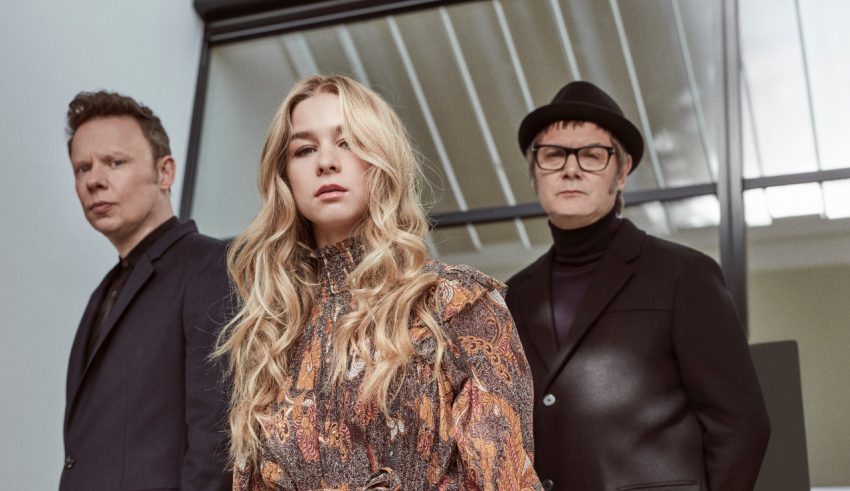 The morning after the announcement, Hooverphonic appeared on Radio 2’s morning show “De Madammen” to talk about their budding participation. Their interview with Siska Schoeters was rife with juicy details. Here’s the lowdown of what they discussed:

The band, consisting of Alex Callier, Raymond Geerts and Luka Cruysbergs revealed that they were first approached during the summer of 2018 – a full year and a half ahead of Eurovision 2020. They declined, lacking a good song, but told VRT they would call them back if they ever found one. A year later, at Radio 2’s Zomerhit, the faithful question was asked again. Hoverphonic, who were nominees in the Summer Hit category with the song “Looking for stars”, accepted after some deliberation, having composed a demo suitable for the contest.

This was not the first time Hooverphonic were involved in Belgium’s Eurovision journey. Lead composer Alex Callier aided Sennek during her participation, helping her write “A matter of time”, a dramatic powerballad which could have easily passed as a part of Hooverphonic’s discography.

The Belgian hopefuls are commited fans of the Contest and have followed it closely over the years. Having observed a marked increase in musical quality over the recent editions, they finally decided to become a part of our evergrowing family.  “Eurovision is a guilty pleasure. It is loads of fun. It may be a circus, but sometimes you discover a hidden pearl.” Callier remarked about the contest. He cited Kate Miller-Heidke’s “Zero gravity” as one of his favourite acts from last year’s contest, with Salvador Sobral, ABBA and France Gall being some of his all-time favourite entries.

Regarding their entry,  Callier let slip that fans may expect a “typical Hooverphonic sound“, including “string orchestration” (violins) and “bittersweet tones“. The song will be performed in English. ‘The song needs to have a certain message, a certain subject, a certain energy, but without coming across as cloying‘, Callier said. Hooverphonic recognize that they may an atypical choice for the contest, but reassured us they will remain themselves.

Despite their participation stirring many positive reactions in Belgium and beyond, the three-man-band remain down-to-earth regarding their chances. ‘The name ‘Hooverphonic’ will not be sufficient in itself. Our success depends on [the quality of] our song and Luka will have to perform it perfectly. (…) At least the contest is held close to home, so we can afford bringing any props we want. We can travel via truck.’ Callier quipped.

Meanwhile, VRT confirmed that Hooverphonic’s song is set for release “in early 2020”. This should narrow the release date down to January or early February, although the exact day remains uncertain.

What do #YOU think about Hooverphonic’s Eurovision philosophy? Are #YOU excited for their participation? Feel free to share your opinions in the comments, on social media or on our message board HERE.

Second Rehearsals: The final four semifinalists take the stage for the second time!