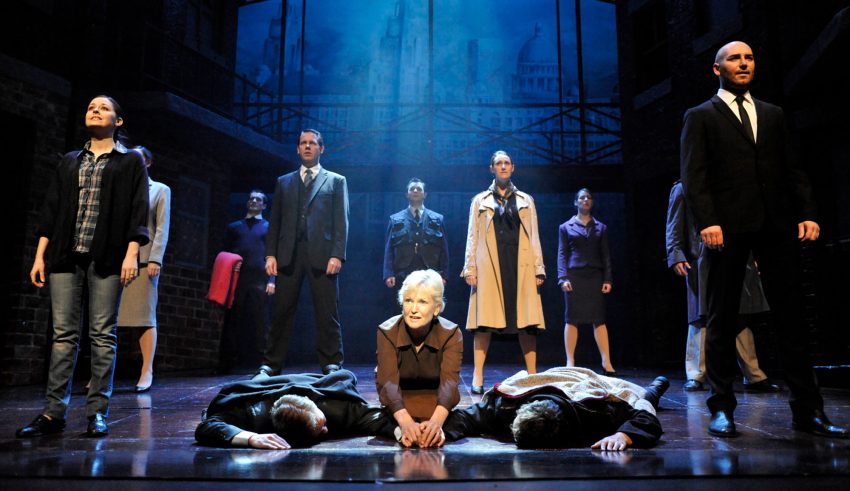 Fans of the New Seekers rejoiced this summer when legendary performer and actress Lyn Paul was announced for the farewell tour of Bill Kenwright’s hit musical Blood Brothers. For those who haven’t followed Paul’s astonishing career following Eurovision, here’s a crash course. After Eurovision 1972, The New Seekers released many singles which charted on the UK Singles Chart and the group performed in the London Palladium, Royal Albert Hall, and were invited to perform at President Richard Nixon’s Inauguration ball. After 1974, Paul decided to leave the group and launched her successful solo career in the mid 70’s to early 80’s. From there she turned to musical theater, and has made many appearances in West End productions and national tours. It would appear she has a nack for being on stage.

She first took to the stage as Mrs. Johnstone back in 1997, and was a reoccurring regular for the role on West End and in National Tours up until 2010. In 2012 she was recruited by Kenwright to reprise her role for the two weeks leading up to the productions close on West End, appearing along side original cast members, Broadway stars, and other dream cast members. Paul recognized the invitation as a profound honor. Afterwards she appeared in the 2012 West End Revival of Cabaret in the UK and has appeared on TV shows such as Emmerdale, Doctors, In Deep, and Holby City.

But it seems that Paul’s time as Mrs. Johnstone wasn’t over yet, as she was invited back for the 2019 National Tour across the United Kingdom. The tour has been moving throughout the country since Early August, and still has stops left to make in Liverpool, Cardiff, Birmingham, Derby, Hull, York, Crewe, Hastings, and Dartford. For some this could be the final opportunity to see Paul’s performance as Mrs. Johnstone. Paul isn’t the only UK artist who currently performs in a West End Production as Lucie Jones currently stars in Waitress as the lead character Jenna Hunterson.

Blood brothers focuses on brothers Mickey and Edward who are separated at birth and reunited through an unlikely friendship. Their parents hid the fact that the other has a brother, due to superstitious beliefs but their destiny appears to be intertwined and they continue to encounter one another. The musical highlights the issue of economic class and the hardships it puts on people, as Mickey is dealing with poverty while is unknown brother and friend Edward leads a privileged life. Edward leaves for Oxford, Mickey goes to jail, a love triangle is formed, and Mickey decides to get with of Mickey to be with Linda. Only then is it revealed who they really are.

For more information about the show and for dates, check out the Blood Brothers website here.

Will #YOU be in attendance to see Lyn Paul’s performance?  Share your thoughts with us on our forum HERE or join the discussion below and on social media!