Home 2017 Belarus: Napoli “I had a dream that I should choose Let’s come together” 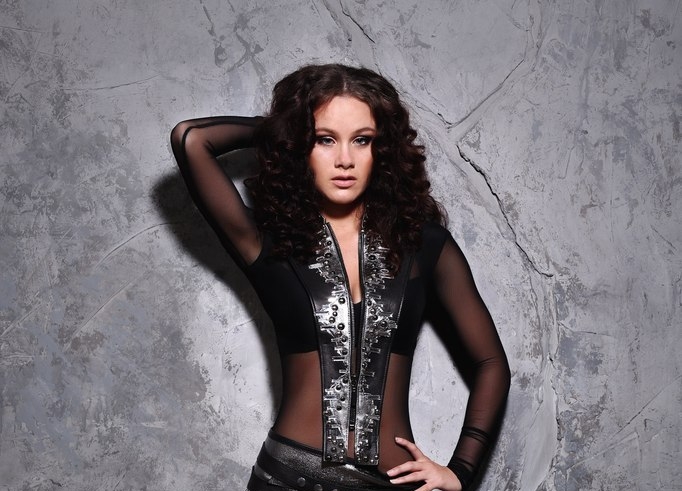 Tomorrow, Belarus will decide who will be representing the country in the upcoming Eurovision Song Contest in Kiev. 13 finalists are ready for the competition. Today we interviewed Napoli, who will talk to us about her entry “Let’s come together.”

Hello! I am Olga Shimanskaya. Since childhood I always had the dream to sing. When I was 16 years old, I’ve participated in the championship of Belarus Karaoke and I won the competition. Later, together with  Ilya Kravchuk and Ilona Muntyan we have formed the group Napoli. After the death of lead singer Ilya Kravchuk in 2014, the group could not survive for long, and I started to work alone, as a singer Napoli.

Your song that you will be presenting for the national final in Belarus is “Let’s come together”. What can you tell us about the song?

The song was written for me by European authors: Michael James Down, Primoz Poglajen, Niklas Hast. I like the idea of the song. This song is about what you need to listen to is what your heart wants. No need to wait for anything, you need to start acting right now.

What was the inspiration for the song, and did you write it specifically for the national final in Belarus and Eurovision?

The song wasn’t written specifically for the national selection. The authours sent me a few options to choose from.  Initially, I’ve chosen another song. But I wasn’t really sure about it. And then I had a dream that I should choose Let’s Some Together.

Your song is composed by an international team. Do you think this is an advantage for you to win this competition?

Yes. The most important thing is that the song was written by people who live in Europe and European listeners can easily understand the message of the song.-The production of this song involved a team of five countries. The song is a positive, light and memorable one. Already on the second chorus, the general public can sing along with me. I believe in myself, believe in the victory of the national selection and a good result in Kiev, if I become the representative of Belarus at the Eurovision Song Contest 2017.

I’m a real fan of the Eurovision contest. I watch all competitions of Eurovision last 10 years. I do not miss a single one. I like very many participants in this competition. My favourite artists is Michał Szpak who represented Poland in last year’s competition. I’ve met him during the Polish selection last year and was impressed by his voice. Another favourite entry is Loreen and her song Euphoria. Her voice, her dancing are very unique.

This is a very interesting question! I’ll be representing Poland on their first appearance in the Turkvision Song Contest with song “Masal gibi bu dunya” which translates as “This world is like a tale”. I will be singing in Turkish for the first time, so now it is necessary to practice a lot on pronunciation.

My mother gave me this piece of advice: “Whenever you feel like criticizing anyone just remember that all the people in this world haven’t had the advantages you’ve had. Don’t worry about what they’re doing, worry about what you’re doing”

My biggest fear is losing someone I love.

You can listen to Napoli’s entry “Let’s Come Together” on this link below :