Home 2021 Belarus: VAL and Naviband make list of “enemies of the state” 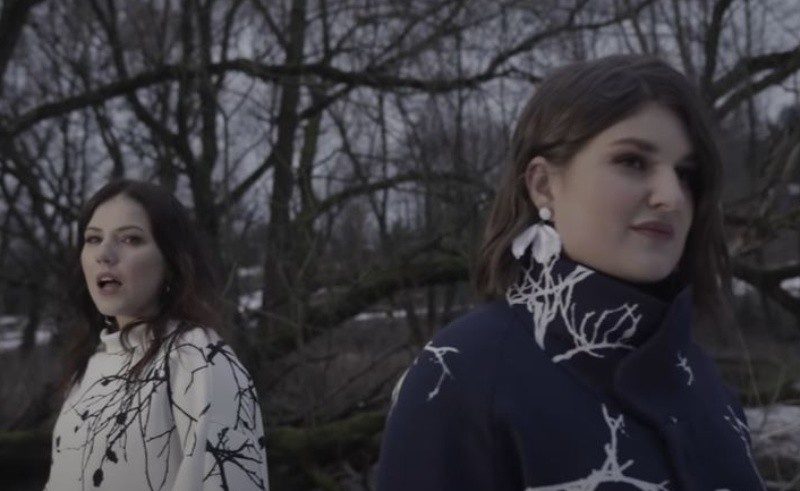 With tensions continuing in the Eastern European nation of Belarus and conditions in the nation once again making international headlines, it seems to transpire that some notable Eurovision alumni have made an “enemy of the state” list in Belarus.

VAL, the married duo who were initially selected to represent the nation in 2020 before being given the cold shoulder by Belarusian broadcaster BTRC, are on the list, alongside Eurovision 2017 finalists Naviband. Both groups have been particularly politically active in the country in recent months, following the controversial election that took place a year ago, and in VAL’s case it was suggested that the duo had “no conscience” by the broadcaster.

Also on the list are 2012 entrants Litesound, presumably for their outspoken support for Sviatlana Tshikanouskaya’s election campaign and performing at numerous rallies last summer. 2005 entrant Angelica Agurbash also appears, as well as former Junior Eurovision hosts Denis Kurian and Evgeny Perlin, with the latter having announced his resignation from BTRC in August of last year due to the tensions and protests in the country.

The eyes of the world have been on the increasing tension and unrest in Belarus since August 2020, when long-time ruler Alexander Lukashenko announced victory in a disputed election process against opposition candidate Sviatlana Tshikanouskaya, who stood following the arrest of, and in place of, her husband Sergei Tikhanovsky. Subsequent widespread protests and civil unrest have been seen across Belarus ever since. In a Eurovision context, the disruption saw BTRC submit a politically-charged entry to the 2021 contest – Galasy ZMesta’s “Ya nauchu tebya” – before ultimately withdrawing. BTRC was expelled from the EBU network last month, leaving Belarus without a broadcaster within the organisation.

In recent days, Belarusian sprinter Krystina Timanovskaya has been at the center of another controversy, having been ordered to return home from the Tokyo 2020 Olympics by her coaches for disobeying instruction, before being granted a humanitarian visa by Poland in order to avoid travelling back to her home nation.

How do #YOU feel about the latest developments? Share your thoughts with us below in the comments, on social media or on our forum HERE!