Home 2020 An Uneducated Guide to the Eurovision 2020 Postcard Concept 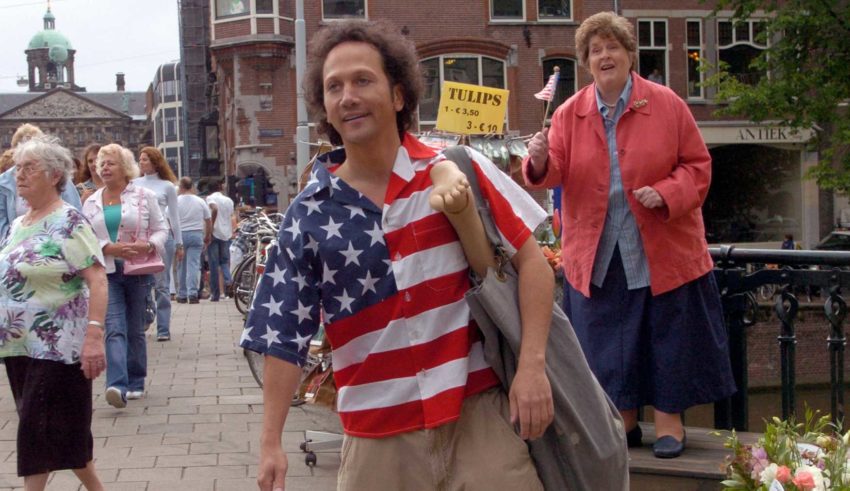 Dutch broadcaster AVROTROS revealed today the concept behind the postcards for Eurovision 2020 to be held in Rotterdam, the Netherlands.

The brief postcard, the video introduction to each competing artist at the contest, will feature the artist or artists participating in a Dutch activity or hobby, and AVROTROS wants real Nederlanders to apply with their clubs for their particular sport or hobby. Play your cards right, ESC United editor Roy Postema, and you and your handball team could be filming a postcard with Blas Canto!

Sietse Bakker, the executive producer of Eurovision 2020, said that “Dutch people often meet each other through hobbies, activities, traditions and communities. From street barbecues, carnival organizations and fraternities to football clubs, choirs and breakdance groups.”

And all you stoners out there can cut it out right now, as Bakker also said “This time we opt for a different interpretation than the often more tourist impressions presented by the Host Country during the Eurovision Song Contest.”

So what activities beloved by the Dutch would be likely candidates for postcards? Well we could ask one of our resident Dutch writers, but where’s the fun in that when we can have an ignorant American whose only knowledge of Dutch culture comes from watching “Deuce Bigalow: European Gigolo,” “The Real Housewives of Beverly Hills” and Paul Verhoeven films comment on this instead?

Being conspicuously non-Dutch, I thought I’d take a Matt Damon in “The Martian” approach and “science the s%$#” out of it. As a foreigner to the Dutch who bases his entire dining schedule in Georgia based on what steakhouse is hosting a Georgian Idol contestant that day, I can assure you that my approach will not be as idiotic as you may be fearing.

In 2017 and 2018, Cint Consumer Insights did a study of the distribution of hobbies and interests of Dutch people. The results have been summarized and can be found here on Statista’s website. So, based on Cint’s study, what hobbies and interests can we expect to see used on a Eurovision postcard?

By percentage of respondents, let’s go down the list and get a sense of what makes the Dutch blood run!

11.07% of Dutch respondents said that reading is their top activity. Okay, I am beginning to wonder about the methodology of this study, as “reading” is not as clear cut as you think. You have the “readers” who read airport novels or those James Patterson “book shots” (should I call my recent reading of J. M. Coetzee’s “Childhood of Jesus” a “book chug” in comparison?), and then you have the “readers” who drop names like J. M. Coetzee as being on their reading list in an attempt to cover up that they spend their free time watching “90 Day Fiance.”

No matter, conceptually this postcard is a breeze. Bunch of Dutch people and a Eurovision artist at a Dutch library. Bam! Hell, just redo the Katerine Duska one from Eurovision 2019 in a Dutch setting.

I get the feeling that the respondents are either New York Times readers or in the 60+ bracket. Not both, because then “sneering at Midwesterners” would be here. But 9.83% of readers insist that cooking is their main hobby, though what dishes will be good candidates for a postcard?

The saying is “American as apple pie,” but I believe the version in the States is a little-changed variant on the apple and cinnamon pie the Dutch have. And this is largely a problem – the Dutch online do not seem too proud of their cultural heritage and allow others to co-opt them. Typical websites by Dutch ex-pats typically describe Dutch food as “simple hearty fare” and “meat and potatoes.” “Generally filling and warm” is the best compliment by a Dutch person of their own food I’ve seen.

Common results for Dutch food include “stamppot,” which is leftover mashed potatoes and leftover boiled greens made into a patty and fried. And “brown bean soup,” which photographs as well as you’d expect. Their local pea soup is referred to as “snert.” Imagine trying to force someone as glamorous as Eleni Foureira to down something called “snert!” Now my favorite, and probably because I am originally from the North of England, is “haring,” or herring. Over half the recipes apologize for this being on a list of Dutch food.

Now look, the Dutch obviously have some great chefs who must have a spot of national pride and self-esteem, but with this category AVROTROS is on the back foot here. Look how effortlessly Eleni Foureira sells the Portuguese market experience and cooking for a celebrity chef.

Yeah, not really a good one for a Eurovision postcard as the whole point of the postcard is to connect the visiting artists with the host country! Maybe showcase Aruba? It counts as Dutch, and they should have hosted it in Oranjestad in the first place.

The Netherlands is about the size of The Pioneer Woman Ree Drummond’s ranch, so local travel is not an option, and I picked that comparison as I know that however bad the Dutch feel about their own food, it can’t be worse than Pawhuska, Oklahoma’s finest CrockPot slop du jour.

Okay, maybe I was wrong earlier about the pretentiousness of certain Dutch respondents earlier. Clearly 7.08% don’t give a f%$& and aren’t afraid to admit they love to plonk down and watch some sports on TV. Predictably, soccer is the most popular sport to watch on television there. No surprise, the Dutch national team have been top or thereabouts for a few decades, and Ajax regularly threatens the top European clubs.

As a Leeds United fan, I find watching football on television to be very stressful due to the fact that the club is managed by a lunatic whose team can shred all comers one week and fall to pieces against a terrible relegation threatened team the next. But apparently field hockey and volleyball are popular sports to watch on TV in the Netherlands.

As a foreigner, I do like to attend local games in person when I visit, but find the idea of coming to a country to watch their sport on television to be pointless. As such, I can’t see much potential for this hobby. Only downside.

At 18.1% of the population, The Netherlands has one of the lowest rates of obesity in Europe. And based on my research for this article, which was that one time a Dutch guy was on “90 Day Fiance,” they are a buff bunch. No wonder 6.86% of the Dutch list working out as a hobby.

This will be an easy one to film. In fact, just have the Dutch representative be Jesse Meester and have him work out with the Eurovision artist. That way we can have the Eurovision connection to “90 Day Fiance,” because I know Mohamed Jbali will never debut “Why you demand the sex tonight!” for Tunisia any time soon.

How the hell is gardening this high up? I thought the Dutch were mostly below sea level? Gardening will be an unlucky omen for a Eurovision artist, as Michael Rice found out last year when he visited the Bahai Gardens.

Easy concept to film, but expect resistance from Eurovision artists.

Who knew a whopping 5.48% of the Dutch population were aspiring Annie Liebowitzes?

Thankfully, you can get very creative with this hobby as a postcard concept. Best part of the United Kingdom’s past decade was Molly’s postcard for Eurovision 2014. And I mean best moment for the nation as a whole, not just Eurovision.

In any other year, this would be a tough one. But the Netherlands’s winning song last year was called “Arcade,” so this hobby is practically begging for a postcard this year.

Okay, this is an odd one. The Dutch do have a large steampunk scene, so why don’t a few of you steampunk fans out there group together and enter?

Otherwise, I don’t think soldering circuit boards or jamming a paper clip into the Keurig to clear a blockage will make an appealing video.

Not as boring as you may initially fear.

We get the idea – you Dutch are good at music. 2.93% claim to play music, which I presume means in a band, as a solo artist, or in a choir, and not merely pushing the play icon on Spotify.

A lot of the you are playing metal, too, as some of the best young metalheads are coming out of your part of the world these days.

So lots of possibilities there for postcards. Apply in numbers, Dutch hobbyists, and let your creativity shine.

What hobby do #YOU think would make a great postcard? Are #YOU and your steampunk handball league team going to apply? Let us know in the comments below, on social media, or in our forum.