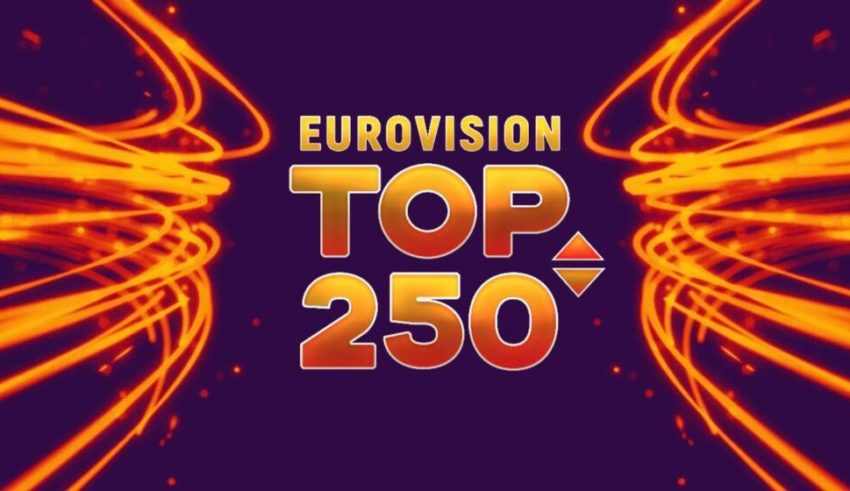 An iconic entry that started a train of second placings for the UK, and for all the right reasons. In a year of songs that many people tend to forget, this song has stood the test of time. An ingenious usage of the orchestra and a fun playful theme led to this delightful piece of music. Also Teddy’s ability to whistle live was impressive. I wonder if the tree still has their initials on it?

Ah, the first song from another of my favorite years: the 1991 contest. This entry usually is neglected by Eurovision fans for some strange reason, likely because it’s Portugal and they’ll say “Telemovies” was better. This song has everything, it’s a power ballad, she has opera gloves (for some reason?), big hair, and a powerful voice. Oh and a glimpse of leg through the sheer panel of her dress, escandalo!

This song was a massive gamble for Hungary, because it’s so borderline political and emotional given the context of things happening at the time and currently. Not to mention that the delegation decided to give it a haunting staging from the guns creating a double helix, and then a tree, and then a lush landscape of peace. In all seriousness, this song makes me cry ugly tears.

Ah the song that can never be again thanks to the 1990 age rule change, and the record holder for most “La’s” in a song. Betty’s voice is beautiful and hasn’t changed at all, and thank goodness for that. Watching her re-live her time at Eurovision at PrePartyES this year was a wonderful thing. I would rather listen to this without the children though.

Okay, I know what you’re thinking. “This is a garbage song Connor! Why did you put this on here?!?” Well I’ll tell you why, there’s really nothing wrong with it, and commercially it’s a good song. It’s just a weak Eurovision song. Also this song plays on the radio here in the States all the time. I guess I’ve become conditioned to enjoying it? I also really appreciate the staging of this song. I dunno, you can hate me for this one.

*sigh* It’s so sad to hear this song and then listen to what she has been releasing in the last 2 years since Lisbon. I can appreciate this song mostly for the fact that it was written for her late husband, and that it had sentimental meaning. But every time I listen to this song, I’m reminder of the disappointing non-qualification, but also the platforms being in the trash hours after the semi-final.

This is the first winner on my list, and yes it’s a low placing one. I honestly cannot stand this song most days, one because I think it’s a rather rudimentary song with little effort put into the track, but also there were better songs in that year. Oh and then that vocoder effect…..ugh. That said, it’s not the worst winner ever, so I give it some credit.

I will say this with full conviction, this song did not deserve last place in the contest that year. It’s a pretty good song and I sing it all of the time when it plays on my Eurovision playlist. This one still confuses me, because it’s should be such a guilty pleasure song. I guess the running order really killed its chances, or the televoters were too “high” to understand it? We may never know.

This song is honestly mesmerizing, and features such an interesting version of the Greek sound. Not to mention that Elina’s vocal performance is award worthy on it’s own. What she does is create this whole separate world for three minutes with her voice, the drums, synth, and pan flute. The dress was a choice though.

So France and I have a love hate relationship some years, because I tend to get bored with the hyper-Parisian tracks they send to Eurovision. This entry however, was a subtle nod to French music and styling, complete with a faint track that built upon the foundations of the lyrics. I also appreciate that this was the first time we saw lyrics translated on stage in multiple languages (at least to my knowledge…). My only qualm with this performance is that she tended to be very statue-esq on stage, and had this very wide stance at time. It’s too bad they didn’t add more choreography than the last bit.

Such a sweet and innocent song this was for a defining year of the contest in terms of musicality, staging, country expansion (Monaco joined in 1959, Norway debuted in 1960, and Finland, Spain, and Yugoslavia would also join in 1961), and production. While I have little understanding of Dutch, I do understand that this is a great song and winner, and I’m hoping to hear it in Rotterdam at least once.

I can’t lie to you and say that I love this song, it’s more like I appreciate it. I was a bit shocked that this was the jury winner of 2018, it was top 10 for sure but I didn’t think it was the best song of the entire night performance or staging wise. But hey, that’s why I don’t get to vote! I appreciate how this song brought soul music back into the contest, which is something I can deeply respect as a Southerner. I’m sure we will continue to see Cesár and Symphonix at future editions of the contest.

From Cesár  to Cezar! This song is a defining song to me for Eurovision for a few reasons. One, this is the first song I send to Americans when I talk about the contest, because it shows off theatrical stagings, the costuming, the arena, and lastly pop-opera! The second reason is that this song is quite the banger, and you can’t tell me I’m wrong. And the third reason is that Dracula has never sounded better on stage! Don’t worry, it’s sister song of the same year will appear later on.

I have a special place in my heart for the contest in Dublin, because it happened 4 days before I was born (yes, I’m THAT young). “Nagu Merelaine” was honestly a great debut for Estonia, and isn’t as bad as some people make it out to be (and by that I mean no one ever talks about it). Also, Estonian is such a great language. Rest in peace Silvi, you did your country proud.