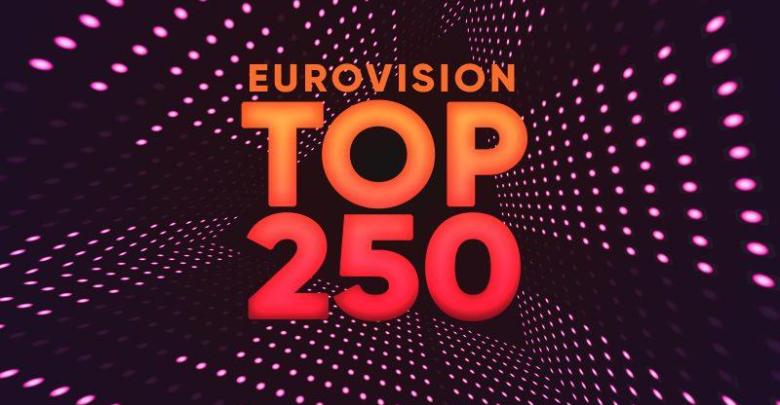 So whenever I talk about Eurovision here in the States, this is one of the songs that I show them because it’s got an ethnic sound, great cultural outfits, and I love watching their jaws drop from confusion. Whenever this entry plays it reminds me of why I love the 2009 edition of the contest so much. Also those dancers really sold the performance.

There aren’t a ton of entries from the 2001 contest that I actually enjoy (the others you’ll see later on this list), but this one was too catchy not to include. I thoroughly enjoy that this song is a honky-tonk hill-billy country track, complete with fake clapping, jaw harp, and a harmonica man. I never quite liked Signe’s voice on the track though.

I recently did a rewatch of the 1959 contest, and I was shocked that I forgot about this entry from Monaco’s debut. There’s something about this song that is magical and one of the best “big band” Eurovision entries of the time, plus he nailed the theatrics of performing at Eurovision. The  microstate can be proud of this one, despite it placing last with 1 point that year.

I actually despise the color green, but somehow I don’t mind it being all over this entry’s staging. The 2000 edition was a strange year of entries, and this song was a fun mix between country pop and the eurobeat craze of the time. I honestly find myself humming this at work often, much to my coworkers confusion. Plus who doesn’t love a jeweled choker that goes up to your chin while performing for millions of people?

And now for something completely different, Albania’s 2009 entry that has so many things going for it and against it. For starters, this was a modern pop track, something we don’t see often from the country. Kejsi’s vocal performance was also flawless, and the middle breakdown section is an amazing thing. However, she’s dancing with a green bedazzled army man and two versions of the joker. Still haven’t figured that part out.

This year had one of my favorite stagings of all time, and a lot of the entries from 1986 are my guilty pleasures (many of which are not on this list to spare me judgement). This song has a good melody and if you’re not careful it can get stuck in your head for days. I will admit that the recorded track is a bit better than the live performance, but that doesn’t stop me from loving it. Also have you ever noticed that moment when the drum beat continues even though the drummer isn’t playing? #Oops

Every time I hear this song my heart also goes boom. These girls were a powerhouse for the contest, despite placing in 11th place. Their purple outfits and hair perfectly capture the fashion of the early 2000’s, and this song reflects what the music industry looked like at the time: Girl and Boy groups everywhere. However, if you heart is still going boom 19 years later, you may need to visit your primary care physician.

Another glorious second placement for the United Kingdom, which seems to be a theme for the country until the “Big Five” concept began. My favorite part of this song is the incessant use of the wood block, an element that really makes no sense. A party song of the year for sure, and you can tell she was having fun up there on stage. I also love that this entry broke the fourth wall by having a camera-man on stage for the pan-over shot. #Oops

Okay, so I feel like this entry doesn’t get the love it deserves, because this was a quality entry from the Maltese delegation, and that dress was elegant as heck. Sure, the lyrics are a bit rudimentary and the angel wings are a bit overkill. But Thea’s got a killer voice, and this was a great turn of the decade ballad composition. I bet ten bucks if this came a few years earlier than it did, it would have qualified. Also fun fact: When I first heard this song I thought they lyrics were “This is Madrid”.

This song is on my party playlist and will always stay there. It’s arguably the second best entry that Andorra ever sent, (it’s a short list, remember that) and that beat is addicting. Also that copper dress and headpiece are iconic, we love a diva with antennas! This non-qualification was a crime, truly.

From one diva to another. Fun fact, whenever I think of this song I think of an ice cream chain here in the States called Dairy Queen (DQ for short), although sadly their ice cream does not come with drag queens. Did you know that this was the first solo drag artist at the contest, given that Verdka (Ukraine, 2007) competed in the second semi-final that year? I think this one’s presence on the list is self-explanatory.

From one drag act to another, the next group on my list is the Slovenian group Sestre the first and only group of drag queens to participate in the contest. Their participation caused quite the stir given that Slovenia was not the most liberal at the time. You can’t tell these lovely ladies that they don’t deserve a spot on the list. Also, I’ve always been semi obsessed with their outfits, minus the white stockings I’m already pale enough.

I will admit that I really didn’t appreciate this entry when it first came out, but ever since their live performance in Lisbon I have loved everything about “For You”. In addition to being vocally unshakable, this song suffered from two things: a lackluster track and it being from Georgia. Such a shame.

Ah, the golden ages of Iceland in the contest, what a fun time that was. Again, there’s not too much of a reason for this being on the list other than this comes on my playlist constantly, the song is catchy, August is wearing a skirt and pants together, and it rides on the tailwind of Selma’s “All Out of Luck”. A great song for a great contest.

Although I love this song and I love Saara Aalto, I just wasn’t able to put this song much higher than it is. Within it’s own year it is an amazing song, but when it’s up against 1,500 other entries I have to admit there are other songs out there. However, “I ain’t scared” to admit this song was in my top ten for 2018 and still is. Also, Finland threw everything at this performance shy of throwing knives at Saara on the wheel.