Home 2018 Albania: Orgesa Zaimi “I will think about an English version” 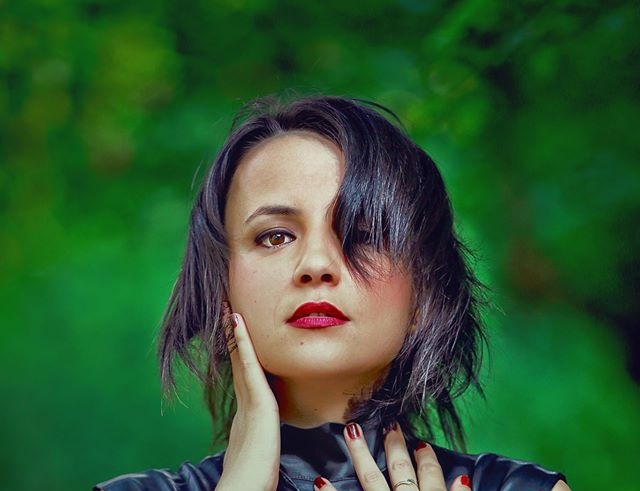 The first national final of the 2018 national final season will start with it’s first semi-final on Thursday. The 56th edition of the Festival i Kenges. Today we had time to talk to one of the participants in this year’s competition, Orgesa Zaimi.

First of all How are you? Can you introduce yourself?

Hello I am great thanks. My name is Orgesa Zaimi I am an Albanian singer discovered in 2005 from a talent show which I won as a group one year later.

What can you tell us about yourself?

This is your second time at the Festivali i Kenges. How do you feel participating in such a big contest which massive in Albania?

My first time was back in 2015, is a very big competition, the most desired from all Albanian singers, its everything great, the orchestra, the songs, the stage, audience, I love it.

What can you tell us about your entry “Ngrije zërin”? Do you plan to release the English version of this entry?

It’s a very powerful and energetic song, its very rhythmic and I feel very good having it this year, lets see how the competition goes than I will think about an English version.

I was part of it as a backing vocalist for Albania entry in Moscow 2009, I was there soi saw it and experienced it. I used to watch Eurovision with my dad when I was a kid, I remember singing Insieme of Toto Cotugno a lot, and later I became a big fan of the ABBA I love them.

Whom is your personal musical stars that follow a lot and why?

I was reased by my dad an artist, and also from my sister  they both have good taste, that helped me a lot. Since I was a kid I listened all sort of music from Elvis Presley to Bon Jovi or George Michael, Prince, MJ, The Cradberries, but since I was 18 I am deeply in love with Queen, especially Freddie Mercury, I love him, I learned a lot from this artist. His voice, his performance his songs and everything about him is great.

Apart from being a singer I am a radio host, I have my daily radio show from 6 years now, I am very musically inspired all day and I can’t help it, music is my religion. Also I am a mom of two toddlers, they are everything to me, I am growing with them every day.