Home 2021 North Macedonia: The cast of Dajte Muzika will be going to Junior Eurovision 2021! 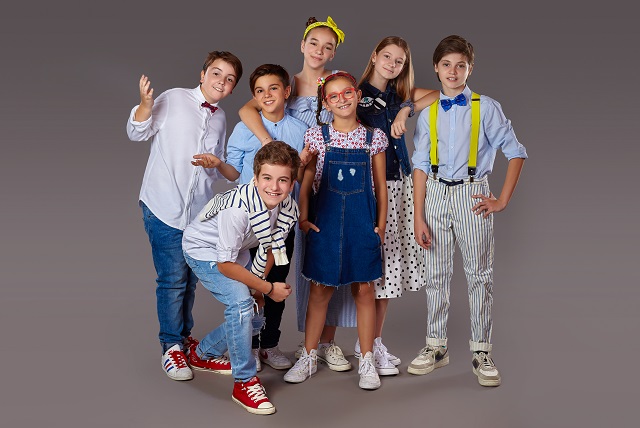 Today in a press release North Macedonian broadcaster MRT revealed that the cast of the popular show “Dajte Muzika” or “Give Music” will be going to Junior Eurovision in December. The current edition of the show is a reboot of the 1992 original,  and is a children’s entertainment show made up of a core cast of seven talented children who sing, dance, and act in every episode. The episodes also bring in additional children as background actors or dancers to aid in story telling and filling the set.

Speaking about the decision MRT stated: “This year, the Public Broadcasting Service MRT decided to use the right of internal selection and election of a representative of this prestigious event, in accordance with the current situation of the pandemic of Covid-19 and the introduction of new safeguards and protocols.”

Not much is know about their entry for JESC, which will be released later in the year. But MRT did state that the song was composed by numerous producers and composers who know how to write for children, and also reminded the public that these children have recorded two albums and have worked alongside some of the most talented composers and musicians in North Macedonia like Tamara Todveska, Karolina, Vlatko Stefanovski, Elena Tisteska, and more. It appears that MRT has full confidence in their decision to choose the children and in their entry for JESC.

Now as we know, only 6 people are allowed on the stage at Junior Eurovision, which means that one of the child stars will unfortunately be relegated to backing vocals or be cut completely. The final decision on who will go to Paris will be decided by MRT and announced at a later date, likely when the song is officially released.

This year will mark North Macedonia’s third return to the contest following their decision to withdraw from JESC 2020 during the COVID-19 pandemic.

What do #YOU think of the decision to send the cast of Dajte Muzika to JESC? Let us know on social media @ESCUnited or on our forum page!