Home 2020 Lithuania: Here are the results from Heat 1! 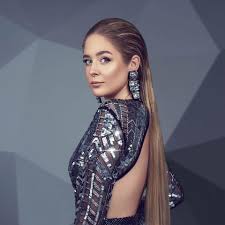 While all the hype was on the Norwegian selection, there was another national final happening tonight. Lithuania had the first 12 songs competing in the first heat of their 36-song national final. 6 were bound to advance and we got you covered with results!

The Lithuanians changed the name of their show this year and is now called “Pabandom iš Naujo” which may indicate that they are looking to head into a new direction. The overall quality of the heat was a lot better than last year in my opinion. The production was a bit better and the quality of the songs in general seemed a bit higher then previous years. Nevertheless the show was still very Lithuanian and they didn’t even hide that the show was pre-recorded.

The reason why Lithuania flew so far under the radar is probably because not even all of the first heat’s songs were out. a bad decision n marketing in my book. The results probably won’t say much to you, but luckily all the qualifiers have released their songs so I’ll link their studio versions too. The non-qualifiers are:

You can look up the competition if you want, but obviously our focus is on the qualified songs:

As you guys can see, the win went to regular face Monika Marija with her song “If I leave” Can she stay on top of the competition this year and do one place better to take the win?

What do #YOU think about the results and songs of the first Lithuanian heat? Do #YOU agree or did somebody else deserve to win? Join the conversation with other Eurovision fans on our forum HERE, or below in the comments and on social media!