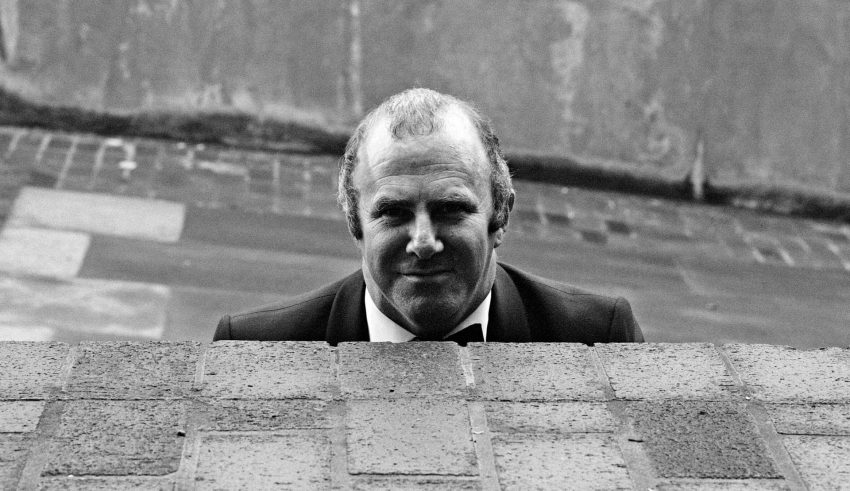 Famed Australian-born cultural critic, author, television host, and writer Clive James passed away on November 24, 2019 at age 80 at his home in Cambridge, England.

Eurovision did not escape his famous scathing wit, with some of the most memorable and infamous comments about the contest having come from his pen.

According to a statement today by James’s representatives United Artists, James passed away in his home on Sunday, with a private funeral attended by his family and close friends today at Pembroke College, Cambridge.

Born in Sydney, Australia in 1939, James moved to the United Kingdom in 1961 and embarked on a career as a literary critic. Fluent in eight languages, he won an award in 2013 for his translation of Dante’s “Divine Comedy” and learned Russian to critique poet Alexander Pushkin (I will have to reread his compendium of essays “Cultural Amnesia” to see if he comments on Nas’s infamous comparison to Pushkin in 2008).  Nobel Prize winning author J. M. Coetzee said that “Cultural Amnesia” was “Aphoristic and acutely provocative: a crash course in civilization.”

Though primarily renowned for his literary criticism, considered in the same class as Christopher Hitchens and Martin Amis, James was not afraid to dive into more “down market” spheres such as television and sports. James became the culture critic for The Observer in 1972, and after a spell as an interviewer and television host, returned to The Telegraph as a critic.

Of Eurovision 1974 winners ABBA, James wrote, “Representing Sweden were ABBA, a two-man and two-girl outfit with a song called “Waterloo.” This one was built on a T-Rex riff and delivered in a Pikkety Witch style that pointed up the cretinous lyric with ruthless precision. … As the girls clattered off in their ill-matching but providentially chosen clobber, their prospects looked unnervingly good. The hook of their song lasted a long time in the mind, like a kick in the knee.”

In 2013, James issued a mea culpa of sorts on his original 1974 assessment of ABBA whose impact on pop culture being “incurably negligible.” In a review of a BBC documentary about singer Agnetha Fältskog called “Agnetha: ABBA and after,” James reassessed their impact in a Telegraph article called “Why I was wrong to scorn ABBA,” a reassessment based in part by how his own daughter became an ABBA fan.

“Were Abba’s clothes terribly Swedish or Swedishly terrible? Nobody cared. Not even their physical appearance was a point at issue, although the two girls were certainly easier on the eye than the two boys. What mattered was the four voices, and how they blended, generating melodies and harmonies which, on the records, filled every hole in the mix. You could dance to them forever.”

Not all of James’s opinions on the contest were positive, however. BBC commentator Terry Wogan is perhaps more well-known for his quips about Eurovision, but James was not shy in his assessment of Wogan’s replacement Graham Norton, who he said in 2012 did not provide “any kind of commentary that could capitalise on the nonsense as Wogan used to do.”

Though in his 70s at the time, James did agree on the cross-generational appeal of Loreen’s Eurovision 2012 winner “Euphoria,” saying “I’m bound to say that the winning number, Euphoria, sung by Loreen from Sweden, was a wow. In the last few days I’ve re-run the number a dozen times on YouTube, so score another hit for Scandinavian Cultural Imperialism.”

And not all of his opinions on the contest have been popular and some, such as his comments about Eurovision 2014 winner Conchita Wurst, have been worthy of an eye-roll, an “OK, boomer” and/or an angry retort on Twitter if anyone under 50 read The Telegraph.

“Nobody knows what Edward II sounded like when he sang,” said Clive in a Eurovision 2014 review. “But now the whole world knows what Conchita sounds like. She, or he, sounds like incoming artillery. One hundred and eighty million people in 45 countries were blown sideways by the uproar emanating from a young woman pretending to be Russell Brand, or perhaps it was Russell Brand pretending to be a young woman. No, it was neither: it was a bloke called Thomas Neuwirth. Back in Austria he had spent several years developing his identity as a bearded lady, or whatever it is he is. But in Copenhagen, the site of the world’s greatest song contest, his identity stood fully revealed: he was a bearded lady draped in a gold-embellished fishtail gown. He shimmered in the light-storm like an upright carp with a bad shave.”

Largely, though, James recognized the cultural importance of Eurovision in a post-World War II Europe and wrote sardonically, yet fondly, of the contest even when his more supposedly highbrow literary colleagues sniffed at the contest and retreated inward to the ever more navel gazing literature scene in search of meaning.

In a 1997 piece for The New Yorker, James said, “In place of the conquerors’ fevered dream of a Europe united by the sword, the peaceful commercial republics of the New Europe make do with such cultural manifestations as the Eurovision Song Contest—a kitschy classic that every year draws a huge television audience, whose more sophisticated members amuse each other with jokes about how dumb it is. The jokes keep changing. For years, Norway’s songs reliably lost (“Norvége … nul points”); then they started winning. More recently, much derisive hilarity has attended the earnest efforts of Turkey. Between laughs, though, the less sophisticated but more thoughtful viewers should take heart: there was a time when the Turks stood at the gates of Vienna and bristled with the armed intention of getting into Europe by less tuneful means.”

James is survived by his wife Prue Shaw, whom he married in 1968, and his two daughters Claerwen and Lucinda.

What do #YOU think of Clive James’s work and legacy? Do #YOU agree with his oft-controversial assessment of the contest throughout the years? Let us know in the comments below, on social media, or in our forum.