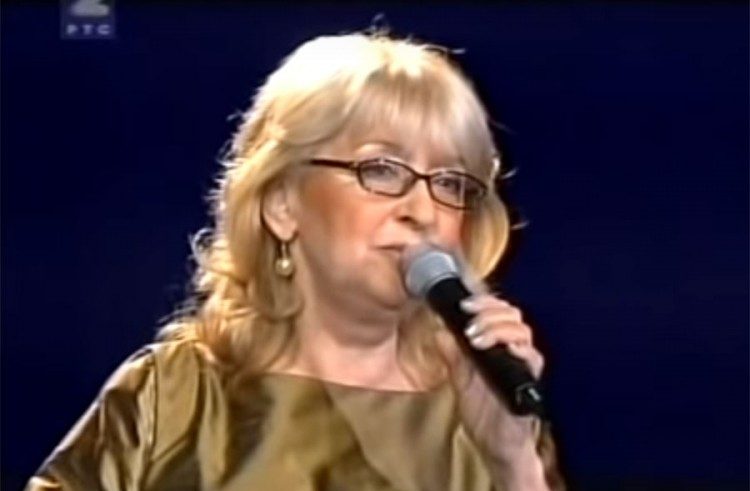 It was announced earlier today that Ljiljana Petrović, Yugoslavia’s debut entrant at Eurovision in 1961 with “Neke davne zvezde” (“Some ancient stars”), has passed away at the age of 81 at her home in Novi Sad, Serbia.

Born in 1939, in Bosanski Brod (then part of the Kingdom of Yugoslavia, now Bosnia-Herzegovina), and raised in Novi Sad, Petrović started her singing career by participating in local singing contests and being hired to sing by local clubs and restaurants.

The head of A&R for famous Yugoslavian record label Jugoton saw her perform at a festival in Mali Lošinj at the start of 1960, and he immediately had her in mind for some songs that famed Yugoslavian jazz composer Jože Privšek had sent to him.

Jugoton offered Petrović a record contract, and one of the song’s recorded was “Neke davne zvezde,” composed by Jože Privšek and with lyrics by writer, director and poet Miroslav Antić.

Yugoslavia, along with Finland and Spain, had signed up to make their debut at Eurovision 1961, to be held in Cannes, France, on March 18, 1961.

For its first ever attempt, Yugoslavia opted for a national selection. There were nine songs, and the winner was selected by three regional juries.

Petrović, then a complete unknown in Yugoslavia, beat out more famous names such as Gabi Novak and Lola Novaković to take the win.

In Cannes, Petrović performed 5th on the night, and came in a credible 8th out of 16 entrants. Notable incidents were that the much enlarged country roster resulted in the contest going over time, and Jean-Claude Pascal, the French singer and actor who won Eurovision 1961 for Luxembourg, technically being the first openly gay winner of a Eurovision contest with “We the lovers.”

After her 8th place finish, Petrović continued her recording career, and in Yugoslavia had hits into the 1970s, particularly “Neka To Ne Bude U Prolece” (“Don’t let it be in the Spring”).

By the late 1970s, Petrović had largely retired from the industry, though in 1989 returned to public view as a poet and lyricist, releasing a book in 1991.

Our thoughts and prayers go out to her family and friends at this time as people from the former Yugoslav republics mourn an iconic singer.

What do #YOU think of Petrovic’s 1961 debut for Yugoslavia? For people from there, what other songs or work of hers would #YOU recommend? Let us know in the comments below, in our forum, or on social media.