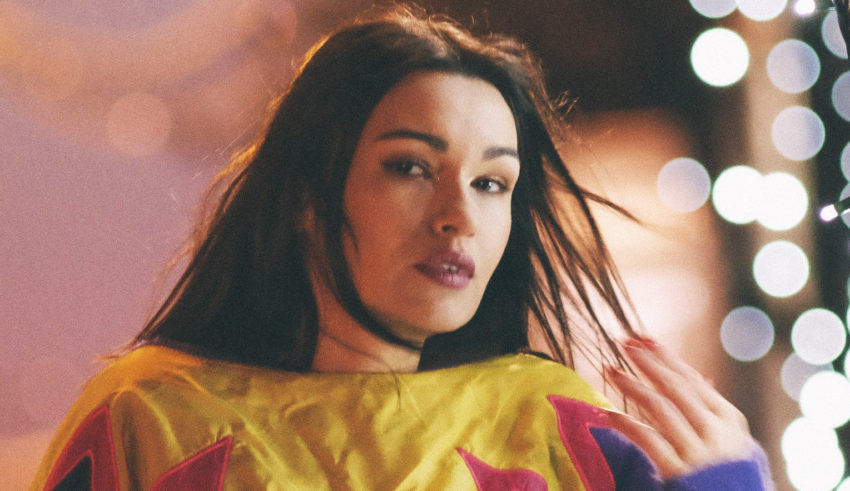 Montenegro has decided! After teasing us the last few days with a baby photo, giving us hints and a woman silhouette, the official broadcaster RTCG has announced this morning that Vladana Vučinić will fly the Montenegrin flag at the Eurovision Song Contest 2022 in Turin, Italy. The announcement took place on the morning show Dobro jutro Crna Goro, accompanied with a tweet onthe official Twitterpage of their former national final Montevizija with a teaser video of her.

She has been internally selected out of 30 songs that the broadcaster had received after an open call. The submitted songs went mid-way December to a jury panel exist out:

The song, that’s co-produced by Darko Dimitov, will be revealed on a later date. In an Instagram post, Vladana says bout the song:

“A recent tragedy in my family devestated me … The song miraculously just” flew “out of me and I can freely say that this song is my heart broken into tiny little pieces, converted into music and words.”

“What I know for sure is that this song will live in the hearts of people, and I hope that it will have a significant effect on them around the world, in these difficult times for all of us.”

The 35-year-old Vladana from Podgorica is no stranger for the die-hard Eurovision fan. She already participated in the Montegrin National Final Montevizija 2005 and 2006, but sadly never got the represent the country at the Eurovision Song Contest. Vladana is an all round artist and entertainer with an education in music theory and opera. As you can see in the teaser video, she plays the piano and is currently trying to master the guitar. Next to her music career, she also has a degree in journalism. Her biggest hit to date is Sinner City in 2010 and became the first video from a Montenegrin solo artist to appear on MTV Adria.

What do #YOU think of the Vladana? Do #YOU think that Montenegro have made the right decision? Let us know as always on our forum HERE or on our social media sites.