On December 3, 28 participants were confirmed for the 61st edition of the Melodifestivalen. And today, at a very early hour, the Swedish national selection revealed the running order of the 4 semi-finals for this year’s selection live on Instagram. So, without further ado, here it is! 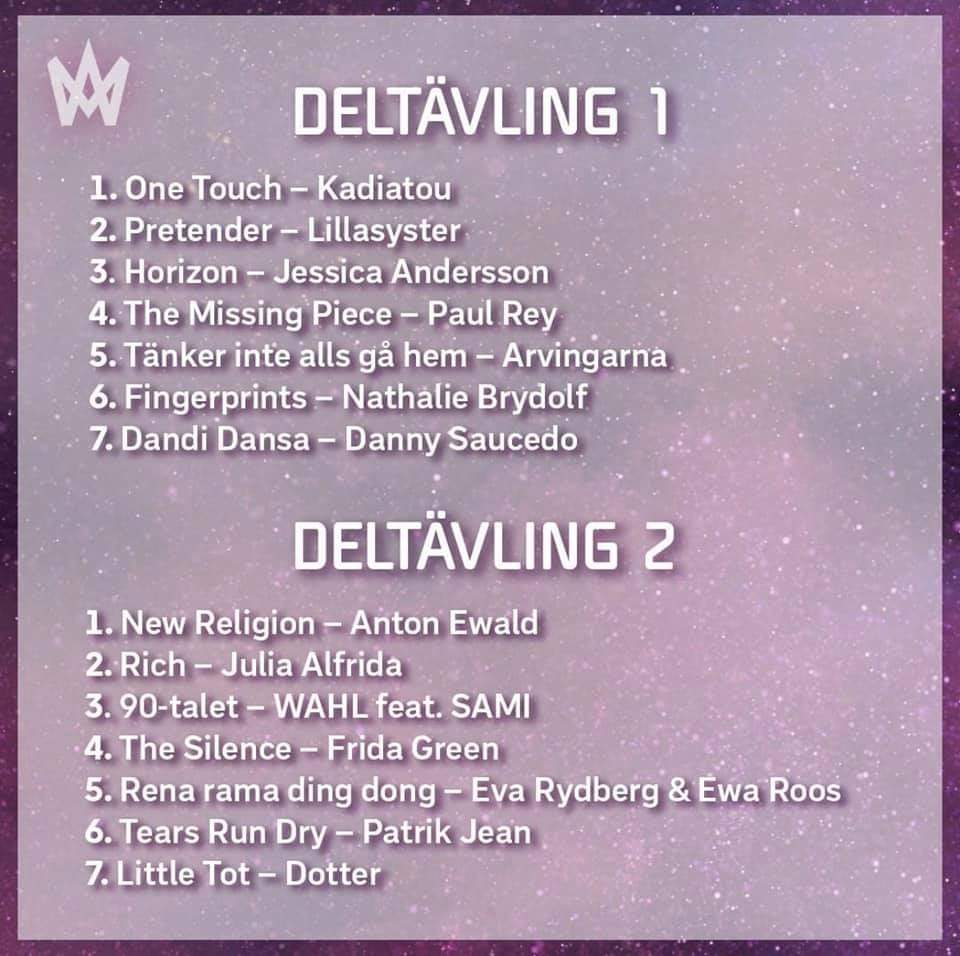 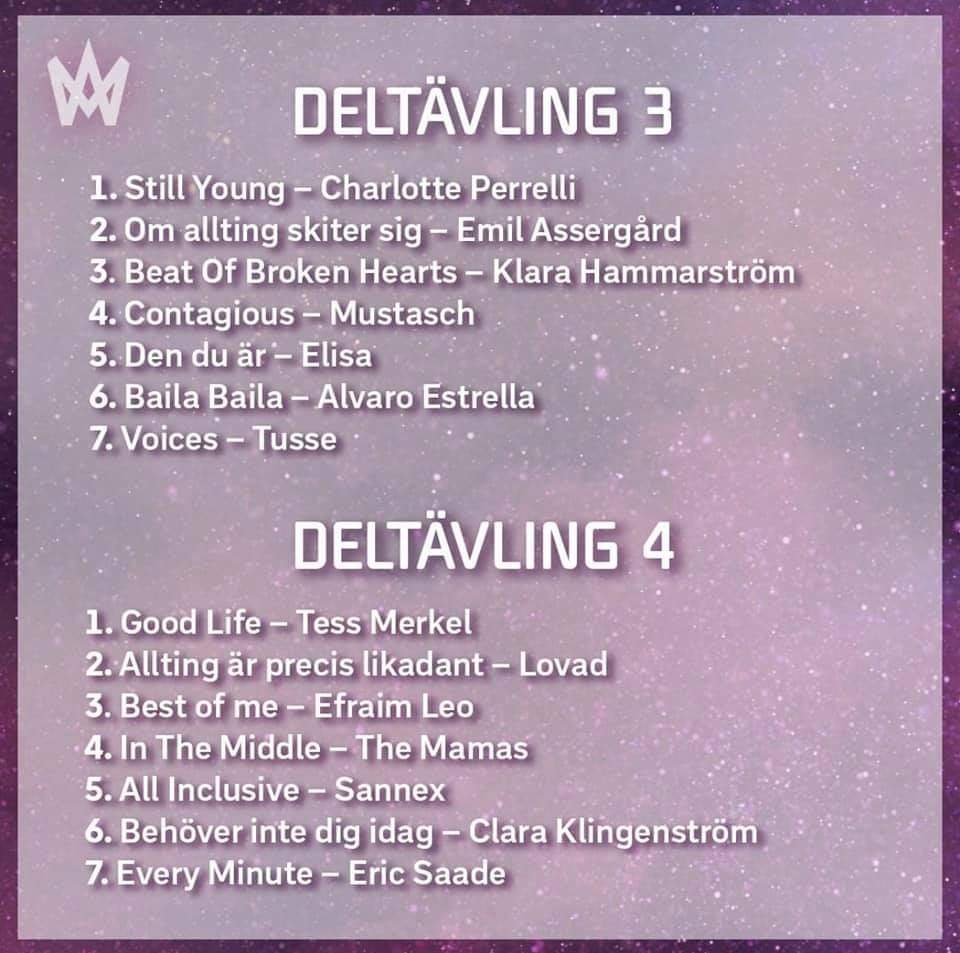 Some big names are back to the Melodifestivalen. From the Melfest 2020, we have the The Mamas who won the Melfest last year with ‘Move’, and Dotter the runner-up by a single point with ‘Bulletproof’, and Paul Rey with the song ‘Talking In My Sleep’. 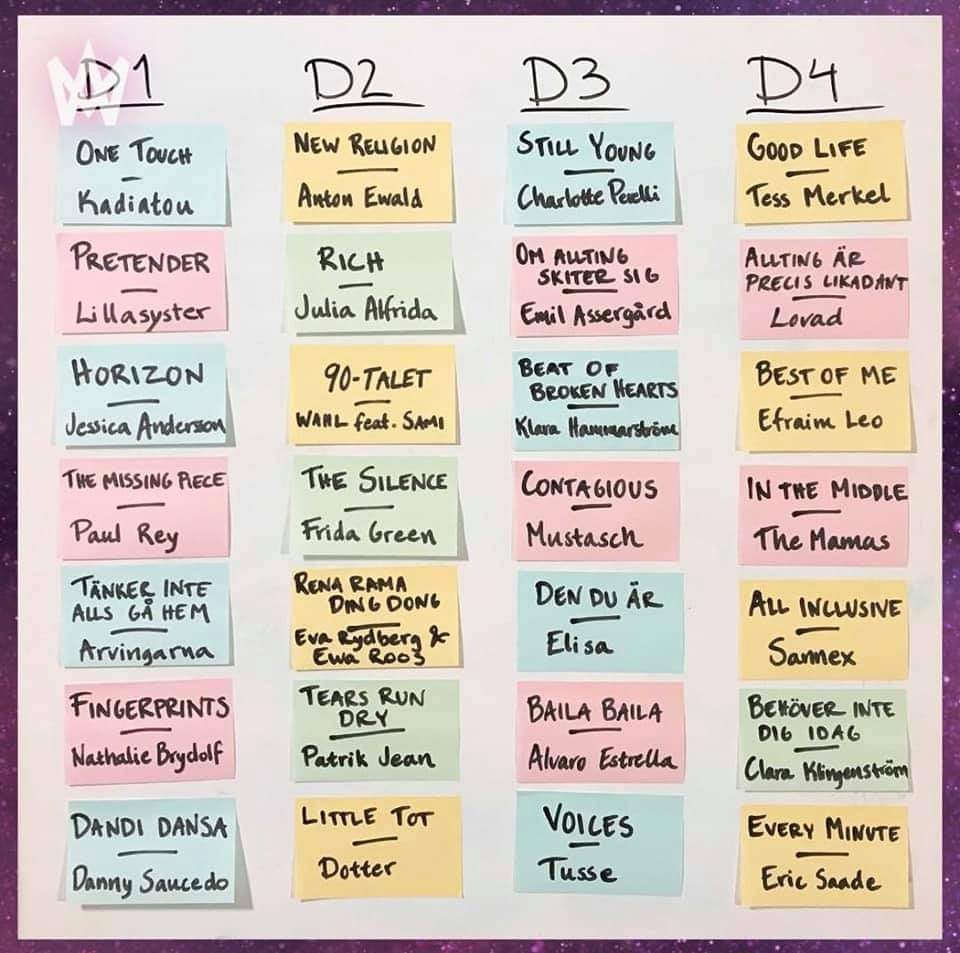 But in this year’s selection we also have multiple Melfest alumni! Charlotte Perrelli, who won the Eurovision Song Contest in 1999 and represented Sweden in 2008 with ‘Hero’ is back with her song ‘Sill Young’. Eric Saade is also back after representing his country at the Eurovision Song Contest 2011 and participating at the Melodifestivalen 2015 with the song ‘Every Minute’. And finally, Danny Saucedo makes his comeback to the competition with his song ‘Dandi Dansa’.

The grand final of the Melodifestivalen 2021 will take place on March 13 in Stockholm. A week before that will be held the Andra Chansen Round on March 6.

What do #YOU think of the running order? Whom do you think will pass direct to final or Andra Chancen?  Share your thoughts on the Swedish competition on our forum HERE, or below in the comments and on social media!