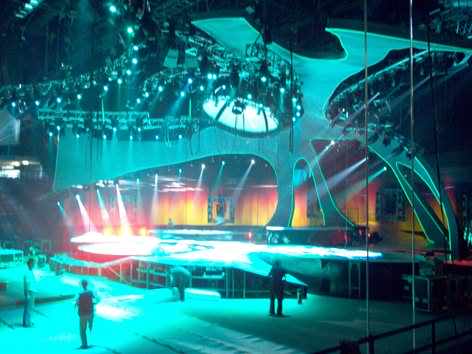 The Turkish basketball federation delivered some news over the weekend that will bring a touch of sadness the Eurovision fans; the Abdi İpekçi Sports Hall that hosted the Eurovision Song Contest in 2004 is set to make way for a new, more modern development after 29 years of service to the people of Istanbul.

The arena, one of the largest for basketball in Turkey and the home arena of Galatasaray, was the first venue to ever host the semi-final of a Eurovision Song Contest as the stage was introduced in 2004.

The arena has also hosted international basketball finals and large pop concerts servicing the people of Istanbul. The new arena is set to begin it’s construction on the same site once the old arena is demolished.

Sad news, but we must wave goodbye to a piece of Eurovision history!

How do #YOU feel about this? Are improvements necessary? Share your thoughts with us on our forum HERE or join the discussion below and on social media!