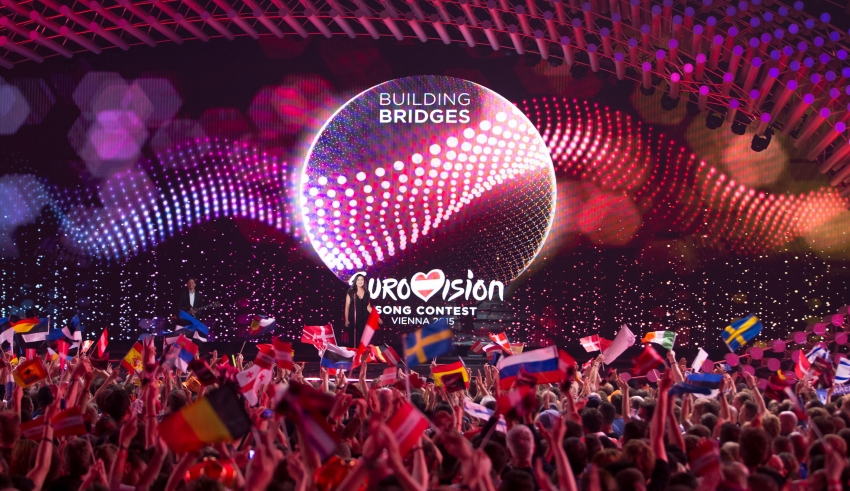 So we all love Eurovision for its songs, its glamour and the ridiculousness of the performances – and true Eurovision fans don’t need intoxication to enjoy the best show of the year – but for many people it’s just as important to throw a party and ultimately not remember the latter parts of the show. So for those of you who are party animals, we’ve prepared a drinking game for you. Just remember to drink responsibly, and lay off the Eastern European vodka! Wind machine – This is obvious, and the annual Eurovision staple. If the hair starts blowing around, take a drink. Take another if it’s cranked up to 11.

Costume change – We’re being very basic here – but you know the score. If any part of a costume changes or is taken off, then take a drink.

Jury gives 12 points to a neighbour country – Well, it wouldn’t be Eurovision without someone making a vague political slant on the whole thing, would it? Hosts make an awful joke or are just generally awkward – We’re being cruel now… this will happen a lot. You’re welcome.

Camera makes a full circle around the performer – Nothing like making you dizzy – if it happens, prepare to get dizzier.

Camera moves in or out of the ‘beehive’ – It’s a fantastic shot, but trust us, you’re going to hate it by the end of this game!

Man sings in falsetto / woman sings in deep voice – Nothing like a bit of quirky singing to really make Eurovision interesting!

Overenthusiastic ‘star of the show’ backing singer – It’s their big moment apparently, so let’s give them the recognition they deserve. Na zdarovje! Person makes a heart shape with their hands – Feel the love. And the warm glow of alcohol.

Technical difficulties – At this point, we’re just being reckless and irresponsible. But it’s only once a year!

Shot of an audience member staring blankly or checking their phone or looking awkward or basically anything that isn’t having the best time of their lives ever – Come on, you’re at EUROVISION! We’ll have the fun for you, if you like…

Singer butchers a big note – Oh no. This isn’t good news. What if it’s your favourite? What if it’s one of the big favourites? Is it down to nerves? We can’t take this. Drown your sorrows… Golden shower – It’s the pinnacle of the contest. Peak Eurovision. Any country wanting to look like a winner will generally put in the golden shower (or as it should probably be known, sparks). Salute their bravery with a bottoms up throughout the duration. We’re sorry, and you’re welcome.

Of course, please remember to drink responsibly and stay safe. We wouldn’t recommend playing along with anything too strong, but have fun and enjoy the show!

Where will #YOU be watching the contest? Share your locations with us and we can do a shoutout during our coverage. Make sure you follow on social media and our forum for all the reactions from Kyiv!