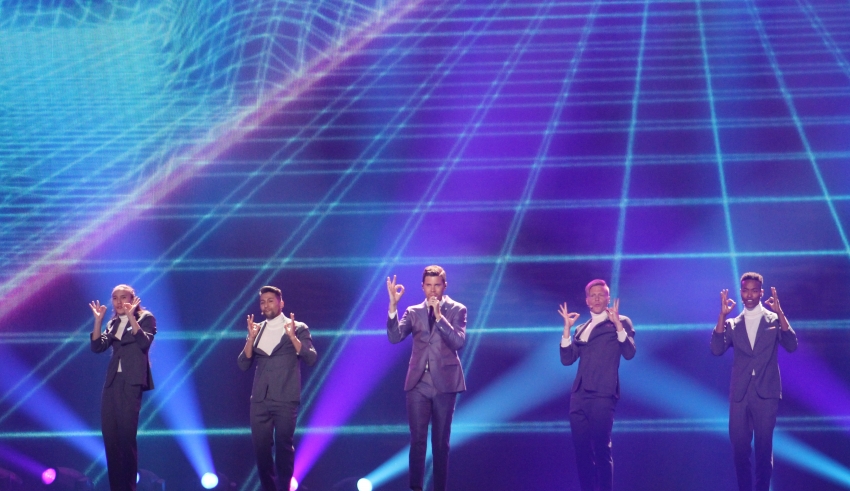 This is it! After a week of rehearsals, Eurovision is here with Semi-Final 1! Yesterday was the jury show for Semi-Final 1, which comprises 50% of the votes.  Tonight, the live show occurs and 21 countries will vote for 10 qualifiers from the 18 semi-finalists.

The ESC United team here in Kyiv has provided their individual predictions ranked from 1 to 18.  Some of us were happy with our initial predictions while others made slight tweaks. We then compiled our predictions to make one team prediction.  DISCLAIMER: These are our predictions!!! This does not reflect our personal taste or represents the team of ESC United.

Although Sweden was only the top pick by two members, overall in the team prediction, it is our first place.  This is especially interesting given that it is the first country to perform in the Semi-Final.  Three of the team put Finland in first, whereas two of us put Portugal in the lead.

In the end, we believe that early frontrunner Belgium will sneak barely into the final, although half of us believe individually that she w.  Once the frontrunner, our team believes there has been a fall from grace. We have it squeaking into the finals, although four of us have Belgium not qualifying. This is where things get interesting.  Given our methodology, although the ESC United team and readers think that Poland will qualify (Team: 9; Readers: 10), combined, Poland drops to 11th.  This is because our discrepancies related to Moldova (Team: 11; Readers: 8).  With the three-way tie with Belgium (Team: 10; Readers: 9), tie-break goes in favor of Moldova and Belgium, who were ranked higher by the readers.

What do you think?  Let us know on the forums!